I know, this is probably the oddest title I have ever put on a post.  And I will be able to explain without the need of a flowchart.

I was watching the movie, “The Peanut Butter Falcon” starring Zach Gottsagen, Dakota Johnson, and Shia Labeouf.  It is a story about a young man with Down Syndrome, (Gottsagen an actor living with Down Syndrome) who has one wish, to wrestle professionally.  It is an inspirational movie, but that is not the purpose of this post.

There are other appearances in the movie by famous faces, two of which, are professional wrestlers in real life.  And not just wrestlers, but athletes that I grew up watching.  At this time, clearly these wrestlers are long past their prime in not just the movie, but real life.

And so, off on a search through Amazon and Netflix, I have been scouting as many documentaries as I can, about the many pro wrestlers I grew up watching, to see the many stories of “whatever happened to?”  One documentary led to another.  And then I stumbled across one that was not only my favorite pro wrestler, but would end up providing me with yet another role model of what I want to be remembered for, just like him, a father. 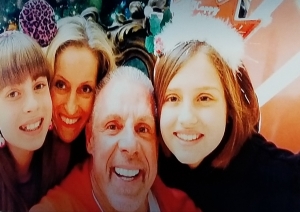 His name was Jim Hellwig.  But to his fans… 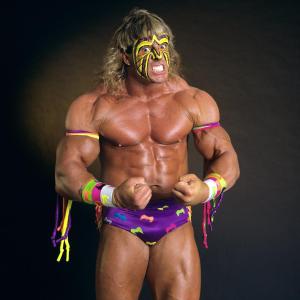 we knew him as, The Ultimate Warrior.

“WWE:  Ultimate Warrior – Always Believe” is the cliche documentary, before he became a wrestler, discovering wrestling, becoming his character, and coming around full circle in his career after struggling.

I liked many pro wrestlers, but there was just something about the Warrior, his energy, enthusiasm, and always a positive attitude, rivaling Hulk Hogan at times. 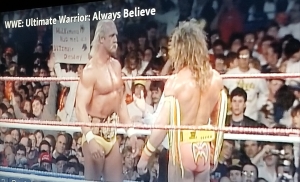 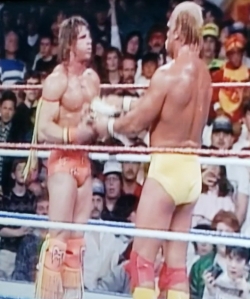 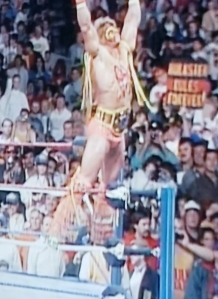 He would come running into the ring, and immediately release a ton of energy going from corner to corner, flexing his muscles, shaking the ring ropes, and just when you thought he should be exhausted, he still had a match to complete.  He was the ultimate good guy.  And then the ultimate and inevitable happened, facing the ultimate good guy had to face the incredible good guy, Hulk Hogan, leaving many torn who they would cheer for.  I liked Hogan at the time, but I definitely cheered the loudest for the Ultimate Warrior.

As time went on, as often happens, the Warrior fell out with the WWF.  In the documentary a lot of that time is covered, but the focus is on the reunion of the Warrior and the WWF, because Hellwig is finally being inducted into the WWF Wrestling Hall Of Fame.

This is the most touching part of the documentary, because it allows us to focus on what would be realized as the most important part of his life, not wrestling and fame, but his wife and his two young daughters.  In fact, instead of having female models escort him out when announced during the ceremony like the other wrestlers, he was escorted out by his two daughters.

This is where the “peanut butter” gets stuck.  You hear Hellwig proclaim how important his daughters are to him.  And you also hear from the daughters, everything their father means to them. 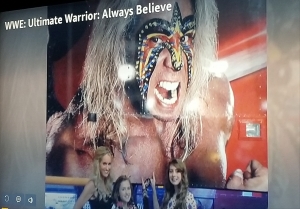 Tragically, or as fate would have it,  Hellwig passed away from a cardiac episode, the day after being inducted into the WWF Wrestling Hall Of Fame.  As someone who faced his own imminent cardiac event, no one is aware of how quickly something can be taken away from you, and that you have no control when it happens, than me.

During this documentary, I found myself reflecting on my health and my relationships with my daughters.  Out of the six health incidents I have had, my daughters have personally witnessed three of them.  And as I struggle with the uncertainties from my cancer treatments over thirty years ago, this suddenness weighs heavily on my mind.  And then, there is a divorce that has left us living a huge distance apart.

As I heard Hellwig’s daughters talk about all of the things that they will always remember about their father, and not just the wrestling, I wondered, have I left as important an impression on both of my daughters, that they would remember me positively.

My daughters know me for being a “voice” for those who do not have one, whether it is health related, bullying, or any other advocacy need.  They know me for being a loyal friend.  There is no doubt that they know I am willing to fight for anything, especially my health.  I believe I have set enough of a moral example for them, of how they should want to be treated and respected, and likewise returned.  My daughters will have lots of fun memories, and I know will be able to proclaim their father was a great cook.  They will be proud of the things that I have written, and will always remember how my voice sounded in song.

But the most important thing I want my daughters to be able to say, reflects on my childhood, and that is, my daughters will always be able to say, regardless of the distance between us, I never gave up on them.  I did everything I could to see them and talk to them.  I stayed involved in their lives, including their education.  I cannot say that about the relationship between my late father and I.  And the same situation applies for many other parents, fathers and mothers, who have made the decision to walk away for whatever reason.  But my daughters will never know that feeling.  I am always a part of their lives.

I will be there when they graduate High School, and likely some form of continuing education.  Should they get married, I will be the one walking them down the aisle.  I look forward to holding my own grandchildren some day.

Yes, I grew up in a “broken” home, divorced parents.  I had no role model for a father figure, other than the parents of some of my closest friends.  But every now and then, I witness something that lets me know, that I must be doing something right, because I can recognize it. 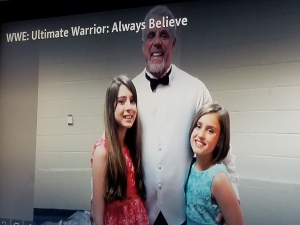 And that is what this documentary did for me, help me to see, that I have been, and am doing things right, as best as I can.  Most importantly, living and doing as if there might not be a tomorrow.

Whether as the Ultimate Warrior character or as Jim Hellwig the father, he was known for some of his most wise thoughts.

“You must show no mercy…nor have any belief whatsoever in how others judge you…for your greatness will silence them all.”

“The most awesome thing I will ever do, is be your father.”

Like I said, the character of the Ultimate Warrior was my favorite, but he was such an inspiration and example of what a father should be, and how one should be remembered.  I want my daughters to be able to reflect on me similarly, but without the face paint and bulging muscles.

Finally, though not having to do with the Ultimate Warrior, but as I was going through these wrestling documentaries, it was during “The Resurrection of Jake The Snake”, another wrestler, and played a wrestling role in the “Peanut Butter Falcon,” that former wrestler Diamond Dallas Page, who played a pivotal return in Jake “the Snake” Robert’s recovery efforts, DDP spoke profoundly the following quotes that I want to share, and well, this post was perfect to include them on:

See Mom?  Pro Wrestling ain’t all bad.  Sometimes some good comes out of it.