Archive for the category “Animals” 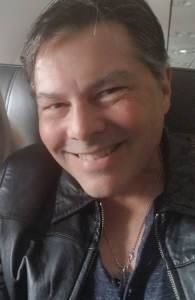 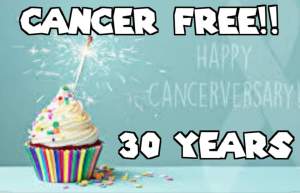 In November of 1988, I was diagnosed with Hodgkin’s Lymphoma, cancer.  The survival rate back then for this particular cancer was impressive, 85% based on a five year survival rate.  The question is, what would happen after that five years passed?  On March 3, 1990, declared in remission, I finished my last treatment.  That was 30 years ago today.  I am blessed to have found out that I have made it long passed that five year mark. 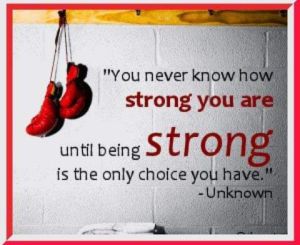 My daughters describe me as being “the strongest person” they know.  My doctors tell me that there is no one tougher on me, than myself.  However, for 30 years, I have not felt strong at all, and luck or “luck of the draw” was no excuse for me to have given myself a break.

My physical battle with cancer, Hodgkin’s Lymphoma, ended 30 years ago on this date.  But emotionally, and once again physically, thanks to the treatments used to save my life, I am still fighting that battle today.

My therapist 31 years ago felt that I did not take the gravity of dealing with cancer seriously enough, that my attitude, “this isn’t so bad, look at what they are dealing with,” pointing to other patients who had it worse than me, in some cases, crippling or permanent.

As every anniversary would pass, my casual attitude towards “another year down” even passing several unthinkable milestones, I have been unable to balance my appreciation, with the guilt that I suffer, in memory of those unable to reach these milestones themselves.

Today, I am forcing myself to recognize what today’s date really means, because 30 years of surviving cancer really is a big deal.  So is 25, so is 20, so is 5, so is hearing the words, “you are in remission.”  Today, I am telling myself that it is okay to recognize, and dammit… celebrate.  If I really need convincing, to prove to myself, that I am so appreciative for the life that I have been given, in spite of my sorrow, a challenge was issued to me by my therapist.

In honor of my 30 years of surviving Hodgkin’s Lymphoma, I am to list 30 things that I am grateful for during those years.  So, here goes, and in no particular order of importance or chronology, just as they are popping into my head.

30 Things That I Am Grateful For

And there they are, 30 things I am grateful for.  I am not sure how many other health obstacles will stand in front of me, but my focus is clear.  I have expectations that must defy the betrayals by my body so that means I am planning to celebrate another milestone in ten years.  I have a favorite saying that I wish to extend to everyone who is battling their own cancer, or has finally heard the word, “remission.”  “As I continue down the road of remission, I will keep looking in my rear view mirror to see that you are still following me.  And if you are not on that highway yet, hurry up.  It’s a great ride.” 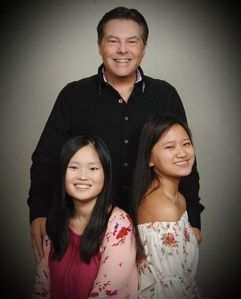 Posted in Adoption, Animals, Cancer, Education, Family and Friends, Inspired By..., Recreation, Side Effects, The Heart

I was asked, if I could in just one word, describe what drives me.  I am going one better… no words. 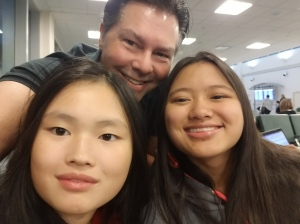 As the saying goes, “a picture is worth a thousand words.”

Posted in Adoption, Animals, Cancer, Education, Family and Friends, Inspired By..., Side Effects, The Heart | Leave a comment

There Will Never Be Another 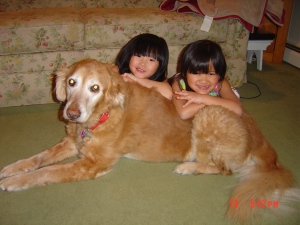 If you have ever owned a pet before, then I am sure that you will echo this statement, “the best ever,” in describing your fur family member.  And there is no doubt in my proclamation for my friend that is shown above.  A great family friend to both of my daughters, and just so lovable to anyone who wanted to pet him.  He was described by many as “they happy golden” because of his constant smile and wagging tail. 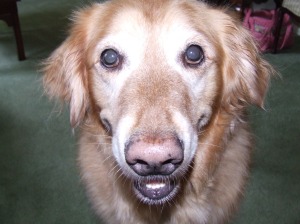 Like many, I am a sucker when it comes to animal movies, especially when they involve dogs.  Growing up, we had Old Yeller, Benji, Cujo, okay, maybe that last one was not meant for the kids.  But in the last few years, we were hit with several tearjerkers about the joys and sorrows of sharing your life with a fur friend. 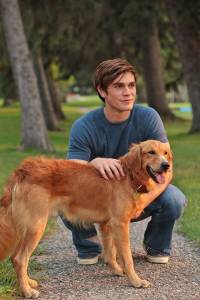 And that is exactly the order that I watched them.  A Dog’s Purpose.  The Art Of Racing In The Rain.  A Dog’s Journey.

A Dog’s Purpose dealt with the hopes that maybe we might be reunited with our fur friend, long before meeting at the Rainbow Bridge (also known as Heaven).  The dog, nicknamed “boss dog,” goes through various reincarnations all with the hopes of being reunited with his original owner.  The catch?  His owner thinks that he will never see his friend again.  What an awesome thought. 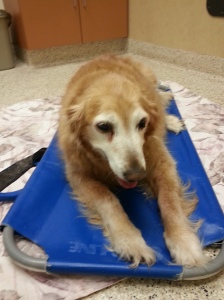 I said goodbye to my best friend nearly six years ago.  He lived nearly 15 years, almost unheard of for a golden retriever.  But as I said, his nickname was “the happy golden,” and allowing him to be “just a dog” gave me the best decade and a half of my life second to my daughters being adopted.  I have so many memories with him.  In the end, he let me know it was time.

But in A Dog’s Purpose, how would “boss dog” get his original owner to recognize him, especially if he came back as a different animal, breed, or even gender?  I have found myself wondering that exact thing.  Just as in the movie, there was just something about the dog, in his fourth or fifth reincarnation, I honestly forget, something that would make his original human family, realize it was actually him.  Could Pollo do that to me as well?  What were some of the things that he did, that no matter who he would come back as, would be the sign, that it was definitely him?

A Dog’s Journey was a continuation of the story, but now “boss dog’s” purpose was a bit different.  Sorry, no spoiler alert, but the ending could not have been more perfect.  Yes, I do hope I do not have to wait until that day at the Rainbow Bridge to be reunited with him.

Then came The Art Of Racing in The Rain.  While the other two movies gave me hopes that some day I would see my fur friend again, The Art gave me a whole appreciation for the relationship that I had with him while he was alive.  Again, I will not give anything away about the movie, perhaps the best “dog” movie I have seen.  But the dog, narrating the movie with Kevin Costner’s gruff voice was perfect, gave the dog a human quality about him throughout the movie.  The pooch had feelings, concern, empathy, all the feelings that we have as humans.  And just as we have these emotions for each other as humans, to see it portrayed through a dog made me look back at my own life with Pollo.

I could narrate Pollo’s life story from puppy to the end.  From his first swim to the infamous “humpy bear”, a stuffed toy that was the only thing he would hump, thankfully.  But just as my daughters, Pollo witnessed many of the difficult times in my life.  And if Pollo would narrate his story, along with all the trips we took, walks we enjoyed, and bringing in two small humans into his life, he would also be able to express what he was thinking and feeling when it came to emergencies with me.

In 2008, I had to have emergency open heart surgery for a quickly approaching fatal condition.  Pollo and I had never been apart from each other, but I spent nearly a week recovering from the surgery.  One of my biggest fears, was that I would walk through my front door, and get the normal excited jump and pounce greeting from my 105 pound golden.  Instead, while his tail was wagging, and he had his patented smile, he stayed on all fours and just approached my side, leaning up against me.  For the next several days, he would spend his time either laying next me while I sat on the couch, or his favorite position, sitting in front of me, with his head resting on my knee, staring at me.  Looking back, I wonder what he could have been thinking.  According to the movie, he certainly could have been.

In 2012, I was rolled out of my home, in the early hours of the morning, on an ambulance stretcher, again, with another fatal possible situation.  There was another couple days away from Pollo in the hospital, and as he was now approximately thirteen, unable to jump himself, but the tail and his smile was there when I came in through the door.  What could have been going through that night I was taken out of the house?  Or when I came back.  There should be an answer according to the movie.

But in the Fall of 2013, Pollo let me know it was time.  It was something that I had asked him to do.  I was too selfish to let him go.  And as long as his tail wagged, and he had his smile, I was not letting him go.  It was definitely one of the harder moments of my life.  And though my daughters constantly let me know that I need to have another dog, some day, I have told them that I am not sure how.  If I were, I would need to make sure it was not going to be subject to be compared to Pollo.  It was going to be its own being.  But if I believe in A Dog’s Purpose, would it be its own?  What if it could be Pollo coming back to me?  How would I know?  How would I even have the chance, if I do not take that chance?

Until that time comes, if it comes, I have so many memories, photos, stories of my friend.  And as long as Hollywood keeps coming out with movies about dogs and giving them the human qualities like my fur friend had, who knows? 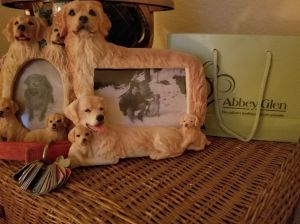 I still miss you my friend.

Posted in Animals, Cancer, Education, Family and Friends, Inspired By..., Side Effects, The Heart