Thanks For Ruining A Good Movie 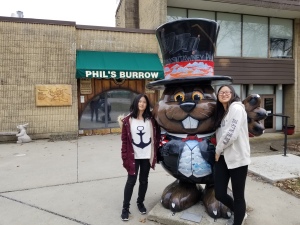 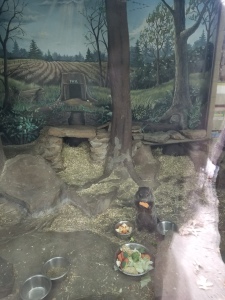 “Groundhog Day.”  A funny movie about a little town in Punxatawny, Pennsylvania and a furry little rodent who is either going to piss off an entire country or make them happy, after he himself is yanked from his comfortable home, his reaction to his shadow is to predict the end of Winter.  In the movie, the main character, filming the story of the groundhog and town, relieves the same day, over and over, and over, that same day being Groundhog Day.  The ironic thing is that the movie was not filmed in Punxatawny, though there is a lot of memorabilia and stories all over this sleepy little area.

Today, Groundhog Day has a different meaning.  Because of Coronoa Virus, for the majority of Americans who do not believe this to be a hoax, and have a genuine interest in wanting to do their part to end this pandemic, are living in their own Groundhog Day.

We wake up.  Maybe watch a little television in the morning.  Perhaps go for a walk.  Squeeze in some reading we have been meaning to do.  Some have actually discovered that they have a family, or what it is like to have to spend time with them.  Cooking skills are being tested and perfected.  Old dogs are learning new tricks with technology, socializing through either Facebook, HouseParty, or Zoom.

For at least thirty days, some longer, this has been the routine, day after day.  And according to the experts who know better, the scientists, this is going to be going on much longer.  We are living our own Groundhog Day.  As one of my friends put it, “don’t look at it as being trapped at home,” but rather “safe at home.”

For most of us, this “reset”, has returned households back to a time, when schedules did not matter, time with loved ones and sharing traditions mattered.  Being restricted to our homes, unable to make sports practices or chorus rehearsals, meetings, part time or full time work, we have gone from hardly getting to spend any time with our families, to being able to watch and relish these special moments we would never have had.

Like others, my days are pretty much the same.  I make my breakfast, followed by a walk.  I will look through the que of stories I have started to write here and decide if I want to finish even one, or start another.  I am making progress on the book I have always wanted to write.  Since I am not getting as much exercise I would like, and this virus being one that attacks the lungs, and me having predispositions because of damage from my cancer treatments, if you walk by, you are likely to hear me singing, which helps me to stretch out my lung capacity.  As I rely on music to help me relax, I have once again dusted off my guitar.  And thanks to so many networks offering free movies and streaming services, there is no reason for me to leave the television.  I also have plenty of time to work on my cooking skills, something I enjoy.

As the reality set in about the possible duration of this pandemic, so did the concern for our fur friends, mainly, could the virus be transmitted from them. 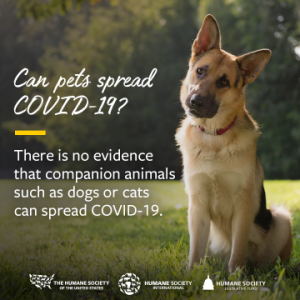 The answer is NO!

In fact, if you have ever been a pet owner, it is during times like we are experiencing, that fur friends can get us through “social distancing” or “stay at home.”  Even better, humane societies and animal shelters all over were encouraging everyone to “foster” out a fur friend.  Sure this could likely result in a permanent situation, like that would be so bad.  But at least temporarily, it would help out organizations that are already strapped financially and physically to capacity to care for.

And if my daughters are reading this, no, I have not gotten another dog or cat.  That is not to say that I have not thought about it.  But I still mourn the loss of my last fur friend, Pollo. 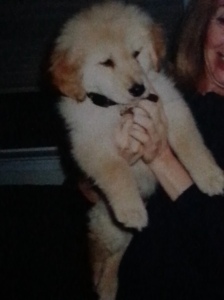 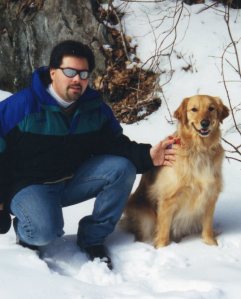 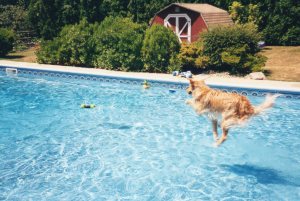 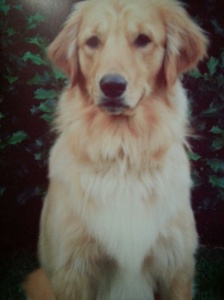 I do it to myself.

At least I know that my love for a fur friend still is there, and that some day, I might just open my door and heart to another.  And while I like the premise of the “dog’s purpose,” it would be cool if somehow I might see my fur friend Pollo again.  I have been asked, if I would recognize him if he came back, as a different breed, or even a different gender, I know that I would.

I do know that he would be the best to be “at home with”, as he and I shared a lot of time with each other while I was recovering from all of the health crisis I have faced during my survivorship.

But for now, I look at pictures.  A lot of pictures.  My daughters.  Friends.  Places.

Honestly, I have lost track of the day of the week, the number of the date.  Just like when I was going through my treatments, I did not focus on the calendar.  If I did, and I was told that it would have to be longer, that news would be devastating.  So I just did, every day, one day at a time, and that end would come.

I never counted how many times the sun came up, and the sun went down.  But an end came to the most difficult time of my life.  And it happened by just going one day at a time, not worried about how many ahead, or how many had gone by.

And that was the genius of the movie “Groundhog Day.”  All except for the main character, had not realized they were living the same day, over and over again and had no problem repeating everything done just the day before.  It was only the main character who was aware of what was going on, that had the difficulty of dealing with the situation.

That is how we get through Covid19.

One thought on “Thanks For Ruining A Good Movie”