A horse walks into a bar.  The bartender approaches the customer for his order and asks, “hey, why the long face?”

It is an old joke, but for the purposes of this post, a great example of how something so obvious can be further from what is actually the case.  It happens a lot to us as humans as well.

Years ago, following shortly after my heart surgery, a comment was made to me, that I needed to cheer up.  And I remember that initial comment very well.  Because all things considered that I was going through at the time, I was actually in a pretty good mood.  But my co-worker who was making the erroneous judgment of my mood, was actually reacting to a physical observation.

Unbeknownst to me, I had developed a habit of walking with my head down, as if sulking, or perhaps sad or depressed.  And it had been so common for me to be seen this way, that friends and co-workers had grown concerned.  I do not know how long this had been going on, but it appeared that I finally got attention for it.  I lifted my head up, and looked at my coworker and told him that I was fine.  He told me that he was getting so concerned about me, because I had been walking with my head down for so long.

About the same time, I became a patient at Memorial Sloan Kettering Cancer Center in their “survivorship clinic” studying long term cancer survivors for late effects, and how to manage them.  The first two doctors remarked almost immediately upon my physical appearance once I had removed my shirt.  Both had confirmed that I had lost a major amount of muscle mass from my upper body area, the same area that had been subjected to an ungodly amount of radiation to treat me for my Hodgkin’s Lymphoma.  So, not only did the radiation cause the need for my heart surgery, but it had also caused damage to my physical being.

The good thing about being seen at a long term survivor clinic that specializes in the care of those of us who have survived their cancer for as long as we have, and unfortunately developed severe, permanent, non-reversing conditions, is that at least we would at least learn how to manage the side effects, and the pain and discomforts that come with them.

For the purposes, I am only going to touch on one of these physical issues from the radiation damage, also known as Radiation Fibrosis Syndrome.  Dr. Michael Stubblefield (one of my physicians at MSKCC) discusses this medical condition in great detail on the web site:

“Dr. Stubblefield explains in his article, “Any tissue within the radiation field can be affected including nerves, muscles, blood vessels, bones, tendons, ligaments, heart or lungs. The clinical manifestations (i.e., signs and symptoms) that result from RF are called radiation fibrosis syndrome (RFS). RF can occur a few weeks or months after radiation treatment and continues for the duration of a cancer survivor’s life. The patient and their doctor may not notice RFS until years after treatment. Unfortunately, there is no way to stop the progressive RF that results from radiation treatment.”

In all my years exercising, I never noticed the physical difference with my body following my cancer treatments.  But once it was pointed out to me, I could see it very clearly.  Any exercise you do, works out a specific group of muscles.  This is why you are supposed to a do well-rounded routine of exercises so that you concentrate on all groups of muscles.  But when you have lost muscle mass, and you exercise only the groups of muscle that you have left, the visibility is obvious.  I am missing half of my pectoral muscles (making it look like I only have the lower half of each breast), the majority of both of my deltoids are gone, and my trapezius muscles are non-existent.  So that is just the upper torso muscle damage.

When you get to my neck, I have lost the majority of the lateral (rear) muscles of my neck from radiation deterioration, and have some anterior (front) muscle loss.  While not textbook by definition, because I still have muscle in the front of my neck, the effect is still the same, my head was drooping, or dropping.

Many of us “older” Hodgkin’s patients have a visual description of our radiated neck area, referred to as “Hodgkin’s Neck” because with no muscle mass of the neck, the neck of a Hodgkin’s survivor may have a “pencil neck” appearance.  And it is very obvious.  Those who have this amount of loss are probably more susceptible to the “drooping head” simply by not having the strength to support the weight of the skull.

In my case, the front muscles of my neck actually pull my head forward, having no resistance from the lack of lateral muscles.  Hence, my head hung low constantly, unaware of why.  But it was not because of my mood, there was an actual physical cause.  Combine this issue, with the fact that I was dealing with my surgically repaired chest muscles following my open heart surgery, which were now also pulling my both of my shoulders forward. 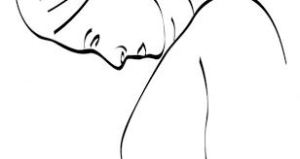 This is where Dr. Stubblefield came in.  Where every other doctor outside of the MSKCC network that I was being seen by, only Dr. Stubblefield recognized what needed to be done.  I would have two choices, either something referred to as a “headmaster collar,”

or physical therapy.  Dr. Stubblefield was allowing me to make my decision.

As Dr. Stubblefield stated further in his Cancerforward.org article:

“Physical therapy is highly individualized to the patient and involves normalizing body balance by stretching tight structures, strengthening weakened muscles, and retraining the body’s sensory organs to re-establish coordination. For instance, in the case of HL patients with dropped head syndrome and severe neck pain, functional deficits are not just a simple matter of the patient not having enough strength and endurance to lift their head. Invariably their chest wall and pectoral girdle are tight and bound down with their shoulders forward which puts their neck in a flexed position. All of this must be released which is where advanced myofascial techniques come into play. Their core muscles must also be strengthened and conditioned as they are almost always very weak. The fibrosis restricts the flow of lymph fluid throughout their chest and thorax creating a barrier that must be mobilized if the proprioceptors (sensory organs that provide position sensation) are to function effectively. Without properly functioning proprioceptors, the patient cannot even tell that their head is upright without their eyes open making them more prone to fatigue.”

Finally, not only has the condition been given a name, but also a firm definition and description, as well as a plan to manage the condition.  I chose physical therapy, and actually, went through several courses of physical therapy for not only my neck, but for the rest of the physical issues that I deal with.  I know very well the exercises that I must do, to keep from reversing back to my drooping head, not willing to say that it will come back. 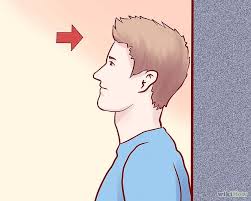 But all of the exercises in the world, cannot help, if a patient is not given the time to complete them.  There are a lot of exercises to be done, and they take time.  Finding a balance while trying to earning a living, raising a family, taking care of a household, and then finding time to complete physical therapy needs, after being clearly exhausted and fatigued, mean that the odds of the drooping head returning, are quite realistic.

Speaking on the behalf of not just Hodgkin’s Lymphoma patients and survivors, but all cancer patients and survivors, our bodies have gone through, or go through so much trauma, not just from the cancer itself, but also from the treatments.  Our bodies are changed forever.  It is so important to make sure that the doctors that care for us, not only recognize our issues, not only accept our issues as real, but give us the care and direction that we need, so that we can manage our lives to the fullest potential.