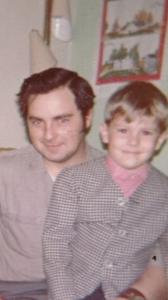 “Like Father, like son.” A timeless expression echoed by the lyrics to the song, “Cats In The Cradle,” popularly recognized from Harry Chapin. The song tells the story of the birth of a son, the absence of the father in his life because he is trying to provide for his son. When the son is grown and on his own, the father tries to capture moments of fatherhood, only to find out his son is busy juggling his own life between work and family. One of the final lyrics in the song, the father says, “As I hung up the phone it occurred to me, he’d grown up just like me. My boy was just like me.”

For years I had often wondered, what would have reminded my father about me. But it was during my father’s battle with lung cancer, I discovered a new expression, “like son, like Father.” Most people grow up with two main role models in their life, their parents. But how often does a child get thrust into the role of role model for a parent?

My father had reached out to me, a long term cancer survivor, because he had just received news that doctors think he might have lung cancer. Though the news should not have come as a shock for a sixty-year-smoker, a spot on his lung was confirmed by a PET scan. My father was now the fifth family member besides me, to be diagnosed with cancer. And up to this point, I was the only one who had survived. 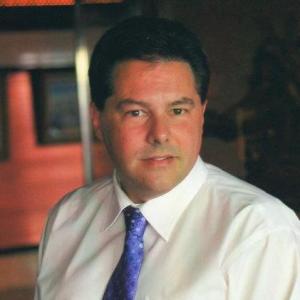 The times had changed dramatically even in just over two decades since I had been treated for Hodgkin’s Lymphoma. There were better options available. Better technologies were to diagnose patients. Even the chemotherapy suites were more inviting, like a local coffee shop complete with meals and entertainment. 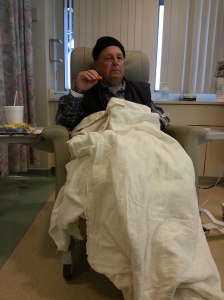 As time went on, my father underwent successful surgery to remove the tumor. Under doctor’s recommendations, my father underwent both chemotherapy and radiation therapies for preventative measures. It was during the radiation treatments, something went horribly wrong. Though there was no evidence of his lung cancer present during even the chemotherapy, some cells that had survived the chemo had transformed into an even more aggressive, and rapidly growing cancer.

We were all gathered by his side when the doctors came to discuss the situation with my father. His cancer was now terminal. My father always knew that lung cancer had been a possibility, and that he had cancer, and might die from it. But up until that moment, he believed he would beat it. Refusing to give up hope, although acknowledging the doctor’s prognosis, my dad’s response to the doctor’s final question, broke me down into tears due to the words, I was not prepared to hear.

The doctor and his care team had just explained to my father all the things that they would do to care for him, as the cancer progressed, to keep him comfortable. But my dad’s denial and defiance shined bright when the doctor asked, “What is one thing we can do for you right now?” My father responded, “I want to be a survivor like my son.” He pointed over to me as everyone in the room turned their heads in my direction. 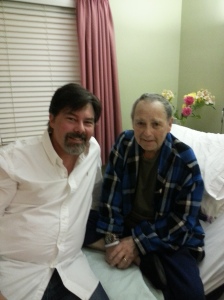 This hit me two ways. I beat my cancer, Hodgkin’s Lymphoma. I had his genes, his personality, his pride, his determination, and perseverance. If anyone had a better chance of defying a cancer death sentence, it was my father. I survived cancer. My dad witnessed it could be done. 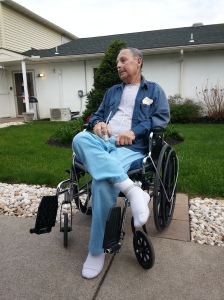 But in that same moment, I saw his comment for what I truly think he meant. We never expressed feelings in my family, and up to that point, my father and I could have just been two ships passing in the night. But I took his words that I will always remember, he was telling me that he was proud of me. I had never heard that from my father before that moment.

He would live another three months. And as I sat by his bedside each and every day, we share memories that we remembered, and memories that we did not share in the past. We forgave each other for things we had done and said. And during the night before he passed, as he lapsed into a calm and peaceful state, for the first time in our lives, he heard my voice, not in spoken form, but in music. As I said goodbye to my father, who was a true survivor and just could not recognize it, I sang to him, the words that I could not speak, “Cats In The Cradle.” 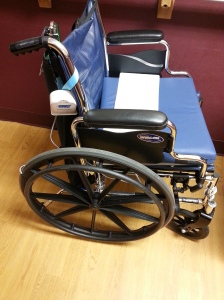 In the end “Dad”, your boy is just like you. I am glad we had the chance to know that.

Dad, I miss you so much.