A Simple Thank You Is Just Not Enough

Thank you so much for the overwhelming support and kind words to my 25th Anniversary post.  I look forward to bringing you new stories in the next chapter of my life.  And yes, I have reset my “counter” to my new goal. 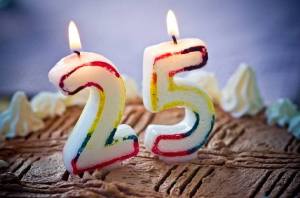 While I may have believed that one day, I would hit my 25th anniversary of being cancer free, it is a completely different feeling to have finally reached that mark!  I normally downplay each anniversary as just having “did what I had to do,” because I believe in my heart, that as long as someone is still battling cancer, or worse, has lost their battle with cancer, I could not celebrate each year, just recognize it. 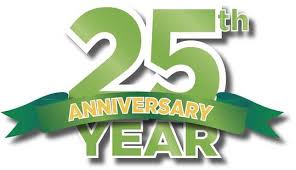 In November of 1988  I was diagnosed with Hodgkin’s Lymphoma, or as my oncologist inappropriately put it, “if you are going to get a cancer, this is the one you want to have.”  I underwent multiple surgeries to diagnose and stage my Hodgkin’s, and was exposed to the most toxic of chemotherapy drugs and inhumane amounts of radiation therapy.  All that mattered to me, was that I would get to hear, “you are in remission.”  And on March 3, 1990, I heard much better than that.

from the words of my oncology nurse, Brenda:

“We are almost done Paul.  Now when I pull the catheter out for the last time, I want you to look down that hall, close your eyes, and imagine a huge band playing in your honor as you walk down that hall.  You did it.  You beat cancer.”  I will never forget hearing those words from her.  Even as I write this now, an enormous wave of emotions is coming over me.

My desire to have a family was one thing that drove my will to survive.  And in 2004 and 2006, those dreams became a reality.  The adoptions of my two daughters, Madison and Emmalie would have a major impact on the rest of my life, because now I was not just surviving for myself, but for them as well.  I wish they could be with me on this great day because there was a time, that I could have given up, and I did not give up, because of them.   I love both of you so much, and I miss you so much.

And there are so many other events and people that I owe my survivorship to.

One of the biggest things that I have witnessed in 25 years is progress.  Progress has been made in diagnostic techniques, treatments, and follow-up protocols.  Gone are procedures such as the lymphangiogram and the laparotomy (you will have to look them up to see how much “fun” they were to go through, or look for it on “Paul’s Heart”).  Patients are no longer being exposed to the toxic drugs that I was given or exposed to the levels of radiation that amounts to four times the lifetime exposure.  More importantly, the follow up care and protocols have improved because cancer survivors like me and so many others, are living much, much longer.

I had amazing care from my oncology nurse, Brenda, and my radiation tech, Noreen.  Of course there were the oncologists who “helped me make the right decisions” when I questioned everything they wanted to do.  I had two wonderful counselors in Ilona and John who helped me get through all the stages of my grief from having had cancer.

And then there are those who have been responsible for my medical care as a survivor, for all the late developing side effects that science did not anticipate back then, because on average, cancer survivors were not expected to live long enough to develop those side effects.  But between my family physician, Dr. J, and each and every doctor that I see up at Memorial Sloan Kettering Cancer Center, I would not be here right now if it were not for your skills, your knowledge, and your support.  From the words of Dr. O when I first met him back in 2008, “I am going to make sure that you get to be a grandparent.”  I see so many different specialists at MSKCC covering nearly every system of my body to make sure that I continue to manage the various issues with my body.

My biological family played a major role as well from day one to year 25.  From visits to hospitals to “hey, is there anything I can do?”, I was probably a difficult patient to them, expressing my independence any chance I got.  And my friends, over twenty-five years, I have had so many.  Your sincere caring was appreciated each and every moment, no matter what stage of my survival, I know you have always been there for me.

What would you say if I told you that I know as many people who have survived not only Hodgkin’s, but other cancers longer than I have?  I know what I would say.  I look up to you, and have my sights set on so many more anniversaries.  Were it not for all of you, I would never have found the care that I needed to survive in my later years.  And it began with a woman named Linda Zame.  You were the one who showed me from documenting to dealing my various health issues.  And for the sake of not forgetting any names and hurting any feelings, I cannot even begin to mention you all by name.  But yes, I know someone who has survived Hodgkin’s for over sixty years!!!  You all have been an inspiration to keep fighting and the support that we all offer each other cannot be compared.

And perhaps the toughest part of my survival, saying good-bye to so many.  There are so many that I wish could be here to celebrate today with me, and sadly are not.

My grandmother was the first to teach me how to deal with cancer.  A breast cancer survivor herself, she taught me to get through each day, one day at a time.

And when it comes to why I survived all these years, I just wanted to make my survival make a difference.  I began counseling cancer patients as soon as I was done with treatments, and continue to do so today.  And with all the other cancer patients that I have met over the years, there was one patient who gave me reason to accept my survivorship… my dad.

When he was told that he was going to die from lung cancer, the doctors asked him what they could do for him.  And my dad responded, “I want to be a survivor like my son.”  Dad, I may have lost you to cancer, but you were a survivor of cancer to me and you always will be.

And Michael, you and I had a big plan together.  We were supposed to write a book together about our journey through cancer from a “then and now” perspective.  You were one of the toughest cancer patients I have ever known and I was glad to meet you finally.  But as you fell ill, your family turned to me for support, and I felt as if I were fighting for more than just someone I knew.  I wish you could have had twenty-five years with me.  But in your loss, I have gained so much more than I could ever have hoped in one of the most emotionally supportive people I have ever met, your mom.  Of all the things that tie you and I together, it is the friendship and emotional support that has grown with your mother.

But after today, I will probably go back to “recognizing my anniversaries” because there is so much to be done.  I want to celebrate when everyone survives cancers, and treatments are less toxic and have less side effects.  I want to witness so many more reading this, saying they have approached 25 years, OR MORE!!!

And to everyone reading and following “Paul’s Heart,” thank you for your support and your encouragement.  And for those following me in remission, this is for you…

“As I go down the road of remission, I will keep looking in my rear view mirror to make sure that you are still following me.  And if you are not in remission yet, hurry up.  I am waiting for you.

With all the love in my heart, thank you.