March 3, 1990, I woke up that morning from the most challenging time period of my life (at the time any way).  This day, just following breakfast, I took the last of my oral chemotherapy drugs (having finished the IV part the day before).  I was done with my nine months of chemotherapy (originally scheduled for eight, but low blood counts stalled me a month) for Hodgkin’s Lymphoma.

That was thirty-one years ago today.  Unlike last year’s anniversary, which I definitely celebrated as a milestone (30 years), actually, thanks to Covid19, was the last thing I celebrated before mitigation efforts were enacted, I am not making a big deal about “just another year” until I hit my next recognized milestone of forty years, which to be honest, my goal is to hit fifty years.

But today is a milestone for a different reason.  It was a time I was told not to expect to see, not just from possibly dying from cancer, but issues related to the side effects from the treatments.

I was told that due to the toxicity of my treatments, it was unlikely that I would be able to have children.  Not something a newly married twenty-two year old wants to hear (or his fiance).  And back in 1990, there was not much said about options to becoming a family.

Science would rule out the possibility for me officially, as I call it, “no chocolate chips in the cookie dough” how I explain it when mixed company is around.  A decade later, science would take another crack at me, after learning how to possibly reverse said infertility issues, but came up blank again.  One final option to consider, was adoption.

Unfortunately, in the United States, we like to discriminate against people, for any reason.  If there is an opportunity to tell someone “no,” and crush a hope, there are just too many willing to do it.  And so, because of my health history, even if ten years earlier, adopting from the United States was a “no,” because I had cancer, a long time ago.

And then things changed, an opportunity coming from the last place I would have ever thought, and from the farthest reaches, China.  The international program recognized that I had a cancer history, and asked only one concern, “will you live an expected, normal life?”  It had already been twelve years at that point, and I was healthy, no sign of my cancer.

In eleven days, I will recognize the seventeenth year, since my oldest daughter was placed in my arms.  I have already recognized the fifteenth year for my younger daughter. 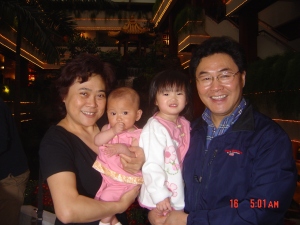 I am not necessarily recognizing the seventeen years as the milestone, but this month is going to recognize a bigger milestone, as my older daughter, will turn eighteen.  I will then be a parent of an adult child!

Again, this was a day I was told never to expect to happen.  And I have been blessed this way twice. 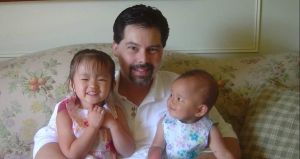 How I hate being told what I can and cannot do, or what I will or will not do.

Just as I had been advised that I may not see parenthood, in April of 2008, my daughters almost lost their father.  One of the late side effects from my treatments had crept on me, up until the point I had been diagnosed with a “widow maker” level heart blockage.  I had emergency open heart surgery to save my life within thirty-six hours.

This was the time period that would change my life forever.  It was discovered that I had damage from my radiation and chemotherapies from back in 1990.  And it was likely there would be more.  The problem was that even in 2008, there were hardly any doctors that knew about these issues and how to handle them.  And then… 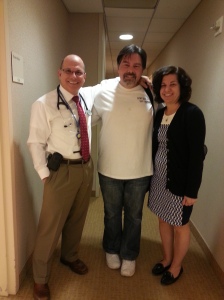 I would meet the doctor that would change everything.  He was my needle in a haystack, having been found several hours away at Memorial Sloan Kettering Cancer Center in Manhattan.  This doctor, and all who work with him, specialize in the late developing side effects from treatments.  At the point I met him, he had already been researching this issue for over three decades.  I found the best doctor for these issues I possibly could have.

Together, he reviewed what he could of my health history, as half of it had been destroyed by fire (according to my former oncologist – fancy way of saying they incinerated my records).  He assembled a plan to research all potential issues, some based on what he confirmed with my remaining records, and then assumptions for conditions he could not confirm from medical records, but rather common protocol back in 1990.

The bad news was, these issues are progressive.  As he explained to me, he cannot reverse what is happening to me, for any of the issues, and there are a lot, that would be discovered.  But he felt, he could help manage them, and even slow down the process by recommending certain therapies and changes in lifestyle.  And then he hit me with this,

“My job, is to help you see you children grow up, graduate from high school, and college (if they chose, and I hope they did want to), possibly get married, and perhaps, give me grandchildren.” 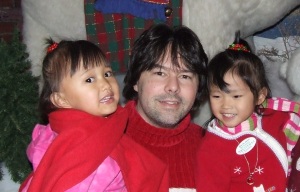 As my children were of the ages of two and four at the time, becoming a grandfather was definitely the last thing that I thought possible.  To go that far, would mean that I would have to have survived my cancer at least another twenty or thirty years.  I just could not get my head around that concept.  But I liked his thinking.

Each milestone I would reach in my survivorship, I convinced myself that my doctor not only knew what he was talking about, but I was definitely going to get to see that time period in my life.  And it will be great when that happens.

I would face even more health hurdles along the way, defying the efforts to help me reach my goal of becoming a grandfather, waiting to see what my new title would become… Pappy?  Poppop?  Grandpop?

Two battles with septic aspiration pneumonia.  Another heart surgery.  And most recently, a surgery to one of my carotid arteries, blocked severely enough to risk a stroke.

It was one thing to be told, I would likely not become a father.  It is totally another to face opportunities that would strip me of the most important loves of my life, my daughters.

Soon, my older daughter will turn 18, and my younger daughter, not far behind.  Together with my doctors, I am going to achieve that goal.  So, it may be an odd number to recognize for an annual anniversary, but my daughter turning 18 in my 31st year as a survivor of Hodgkin’s Lymphoma is a pretty big deal. 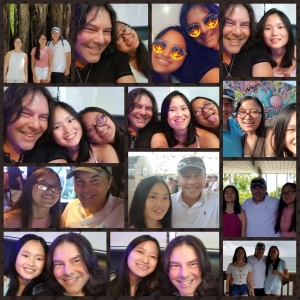 Posted in Adoption, Cancer, Education, Family and Friends, Inspired By..., Politics, Recreation, Side Effects, The Heart