Defining Insanity – Why Do We Still Do It?

I cannot name the author of the following expression, well, because it is just too confusing.  Rumors attribute to Einstein, Ben Franklin, and others, depending on who you wish to give the credit.  But as argument to who the author is does not change the quote.

“The definition of insanity, is doing the same thing, over and over again, and expecting a different result.” 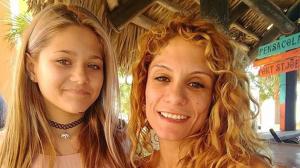 12 year old Gabriella Green hung herself January 10th of this year.  One fellow teen decided to trash Gabriella on social media with horrific rumors and innuendo.  Devastated, she expressed to another fellow pre-teen, she had tried to kill herself, to which her “friend” told her over a phone call, “just do it.” 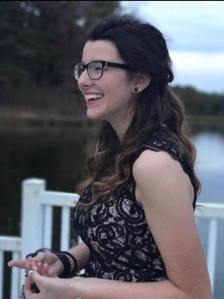 Bailey Holt was just 15 years old, before she was killed (along with another 15 year old student) and more than a dozen injured after being shot, in school by a fellow classmate. 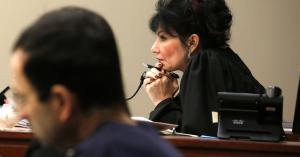 I am posting the picture of the judge in the case, as opposed to the 150 victims of a sexual predator, a once trusted staff doctor of several sports programs including Olympic athletes.  During sentencing, which the perpetrator received over 175 years and is not eligible for parole for at least 90 years, the judge expressed, “I just signed your death warrant.”

All three situations, it is the same thing, over and over, and yet we expect different results.  This is insane.  Innocent children are dying, or at the very least, having their lives destroyed, because we cannot come up with anything better than the usual, express shock/pray/move on.

We have to start someone.  Parents need to be in control of their childrens’ social media if they are going to allow their children to be on it.  I am a firm believer in allowing my daughters, who happen to be similar in ages to victims in all three of these situations, to have certain freedoms, but given the atmosphere, and the reluctance of entities we trust with our children to protect our children, I still, as a parent have to be that first line of defense.  I do not believe my daughters to be on social media (actually neither has any interest in it currently), but when they do decide to engage, I want their user name and password.  At least until they are 18 years of age, that is not only my right, but my responsibility.  Gabriella and so many others may have had help to deal with their angst instead of feeling isolated and hopeless.

As for the school shooting, I am tired of the argument from both sides, “need common sense gun control” or denial from our representatives of government or the NRA.  The fact is, neither give a shit that we now have school shootings nearly once every week.  We are supposed to believe that our children will be safe in school.

I graduated in 1983.  Shortly after that, police officers were soon being used in the schools, as well as metal detectors.  As an alumni of one of the first schools outside of a major city to use these options, it was embarrassing.  But seriously, a government that will not do anything, and most school districts more interested in protecting the rights of the bully over the victim, what other options are there?

And how many people knew about this monster, trusted to treat student athletes only to sexually violate them, and did nothing.  Yes, it is a double edge sword.  Yes, the whole “innocent until proven guilty.”  Yes, the whole “turn your back for the good of the program” or “if you want your success, you will stay silent.”  These horrific acts were committed against these children, and those who needed to protect them, turned their backs.  And just who else might have known this was going on and did nothing?

As far as I am concerned, if you know something is a possibility, and you do nothing to voice that concern, you are complicit, allowing the action to commence further.  Just because it has not happened to your child, does not make it okay that you did not speak up.  Again, having two daughters the same age as the victims in all three of these scenarios, this hits real close to home.  I have many friends who have lost children, permanently, witnessed their never ending grief.  And I am sure they would say the same thing, to do nothing is to take their lives, if at the very least, their innocence away.

If you suspect something, address it calmly, rationally, and legally.  At the very least, you put the possible perpetrator on notice.  But to do nothing, someone vile who is actually continuing their abusive acts, will only keep at it.  And that is what would make you complicit.

All three of these situations could have ended differently, but instead, our society keeps doing the same thing, over and over again.  Youth suicides.  School shootings.  Sexual abuse by those in positions we trust – coaches, doctors, clergy, teachers, etc.