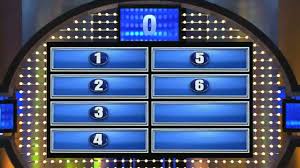 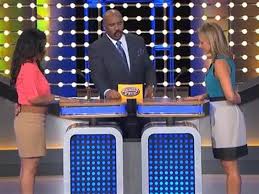 It is difficult to understand divorce, or the divorce process itself, if you have never gone through one, or been a participant in a divorce.  It is easy however, to offer unjustified judgment based only on your own selfish and personal beliefs, that a failing marriage should be worked out, no matter what the cost or to whom, literally and figuratively.

Originally, this post was going to be just a simple “google” of the top reasons that people get divorce and brief explanations.  But I think I was looking for the wrong information.  And after finding several web sites stating reasons, I realized that in spite of myself being in the middle of a divorce, there is a difference between “reason” and “cause”.

It only should have been obvious that things such as money, domestic violence, and infidelity should be listed as reasons for a divorce, especially top reasons.  Instead, what I discovered, were that events such as those are more or less results leading to a divorce or perhaps the cause of the action of filing, but are far from the actual “cause” of the divorce.  And it really is complicated without unbiased support to deal with some of the issues that I am going to list.  The thing is, that even for what I consider a most basic reason for me having filed for divorce (now twice), after seeing actual causes explained, I can actually go back in retrospect and see in my own relationships when things started to go wrong.

Normally, I have always been a relationship-minded person when it came to dating.  Which is why, when it came to reciting marriage vows, there should not have been any problem with honoring the vows.  They are simple enough.  Sickness and in health… did that in both marriages.  Richer and poorer… did that in both too.  Good times and bad… there were plenty of each in both marriages.  Though “obey” was no longer a staple of marriage vows like back in the 50’s and 60’s (for good reason no longer part of the vows), “respect” and “honor” were spoken.  It is when one of the vows you have taken, has been broken by either one or both of the participants, that the marriage will begin to unravel.  And without help and guidance, the cause of the marriage collapse will result in the effects of the marriage collapse.

After perusing through web sites such as Imom.com, Women’s Day, and several others, I came to a consensus of six common causes, not reasons, resulting in the filing of a divorce.  In no particular order…

This topic is actually going to cover several issues.  But it is clearly the beginning of the end if there is no basis of communication.  Without communication, you cannot discuss issues such as parenting, finances, or emotions.  Without communication to resolve, resentment is certain to follow.  And it is when issues are discussed beyond the married couple, if not done so with someone qualified to offer unbiased commentary, others comments will only likely fuel more discontent.  But no marriage has any chance to survive if you do not possess the ability to talk about issues before, during, and after they have arisen.

This is huge, and completely underestimated.  Unless you have discussed whether or not becoming a parent is part of your future as a spouse, there is no way in Hell you should say “I do.”  It is too late, fifteen years later when you discover your spouse never wanted to have children, when the whole time, both have been going through motions that parenthood was somehow in the plans of the family.

But if the decision is mutually agreeable to have children, the communication concerning parenthood must continue.  You need to make sure that you have the same general ideas on raising children – religion, schooling, discipline, etc. – because having two different parenting styles will only someday serve to position the children against the parent with the opposing style unaccepted by both the other parent and the children themselves.

The whole idea of marriage, is that two become one.  You are supposed to be able rely without question on your spouse.  But it is when you lose that trust, either because of lack of communication, or perhaps disappointment by how a situation was handled, the baggage builds and becomes unbearable to sustain by oneself.  Baggage (health, employment, financial, etc.) that piles and piles, was never meant to be sustained and dealt with by only one spouse.  It is expected as witnessed by the vows, “sickness and health, richer or poorer, good time and bad,” that the any failure to support the other, no matter how minor it may seem, will be enough to start tearing away the seams of their marriage.  When one spouse learns that they are on their own, that spouse will then begin to just pile their issues on themselves believing that they can only rely on themselves from that point on.

Not Even Just Friends Anymore

This is not even a root cause, as much as more of an effect.  Spouses not only end up sitting on separate ends of the couch, but perhaps even different pieces of furniture, maybe not even in the same room or floor of the house.  Any words that are spoken end up being words of anger, resentment, conflict.  Spouses may even feel as if being parented by simple directions from the other spouse (when done too much and too loud, this is referred to as “nagging”). Both spouses end up feeling neglected and ignored, perhaps even referring to each other as being “lazy” with the relationship, no longer even giving an effort.  And this goes way beyond the concept of “letting themselves go” at that point.

Spouses are supposed to respect and rely on each other.  But when respect for each other is lost, that is when outsiders are given invitation and interject their opinions to the one-sided discussions, only to give validation and false support, instead of what is needed, allowing the spouses to resolve the issue themselves.  When more time is spent ridiculing your spouse behind their back, and as others witness the distance that has grown between spouses, it is not difficult to realize when simple friendliness or playfulness, even in front of the other spouse, to be misconstrued as disrespectful flirting, and not with the spouse.  Backstabbing, sarcasm (publicly or not), criticism (publicly or not) completely undermine a marriage.  Constant arguing where there must always be a winner, or neither or only one willing to apologize, both lose, neither willing to work anything out any longer, if at all.  Neither will want to put out any effort.

Not On The Same Page Financially

You enter into a relationship either financially equal, or at least have the understanding why the marriage is not supported equally.  But things happen.  The economy is always unreliable.  Employment is lost.  Interest rates escalate.  Operational costs for the home increase.  Spending increases on lavish luxuries and attempts to restrain spending result in covert means to obtain materials things no longer affordable.  Money issues by themselves are difficult enough to deal with, without having to deal with any of the other issues mentioned above.  Without having the communication skills and respect to work with each other, spouses cannot possibly expect to work out arrangements to modify budgets, sacrifice expenses, simply do without “stuff.”  Whether a temporary or permanent event, without understanding, support, and encouragement, a marriage will never survive.

Once any of these have taken hold, anything that happens after is purely cause and effect.  Only an unbiased counselor, whether religious or professional, can possibly have the clear and uninvolved, non-judgemental tools to help a couple work things out, and even then, there is no guarantee.  Even multiple attempts may not work.  But if the differences of the two spouses involved are not allowed to deal with and resolve on their own, without interference, and without biased judgment, the marriage is done.  And it will not matter how many effects that develop from the cause.  At that point, it is all about damage control, and needing to do what was not done in the first place, communicate for a civil end.  The irony. All that can be done is look back and wish things could have been different but that will not make anything better.

Posted in Cancer, Education, Family and Friends, Inspired By..., Politics, Recreation, Side Effects, The Heart