A Request Of The President, Other Elected Officials, And All Americans

This is certainly one of the most trying times in our country’s history.  And as you deal with the myriad of issues that need to be considered in dealing with this crisis, one thing I think you and I can agree on, is that things do not need to be made worse.

And that is why I am asking you to stop referring to the Covid19 or Corona Virus, as the “China Virus.”  I know that you give the logic that it is okay because that is where the virus originated.  And while true, it is unnecessary.  The virus has both a scientific name and a common name for the public to recognize it, Covid19, Corona Virus.

You claim to have one of the highest IQ’s ever.  And if that is true, then you are definitely smarter than I am.  And if I can recognize the problem with referring to this crisis as “the China virus,” with you being smarter, then that means that you have to recognize that as well.

There is a reason viruses and crisis are not called certain names.  Because it would be offensive.  Using the logic of geographical location is wrong.  We do not refer to AIDS as “the African virus.”  We do not call colon cancer “Ass Cancer.”  Mr. President, it is just as offensive to refer to the Corona virus as “the China virus.”  In fact, it is not just offensive, it is downright dangerous, especially to those of Asian ethnicity.  And why is it dangerous? 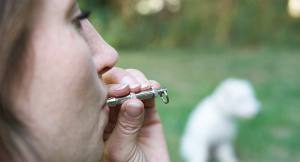 Whether you are doing it intentionally or not, those words, “China Virus” act as a “dog whistle”.  A dog whistle produces a sound that only a dog can hear, not the human using it or anyone else.  When blown, the dog reacts.  And that is what your words have the danger of creating, only it is not dogs reacting.  There are those who are racially biased that go by several names and each time you invoke the words “China Virus” as the President of The United States, these individuals hear only one thing, that their president supports their cause.  Because these white nationalists look for any reason to support their cause, for an all-white society.  And your words will incite these individuals to act in negative and violent ways.

I know that you do not believe you are doing anything wrong.  And no, you are not actually participating in the acts.  But because certain individuals will react to the use of the certain words you choose to repeat over and over, simply stopping the use of the words is something you can do, to prevent any more attacks on the Asian community, which have already occurred.

Again, a dog whistle is only meant to be heard by a dog.  The words that you use, are the same thing.  Intelligent people know the correct and harmless (if you can use the word with this virus) way to refer to the virus.  But those with racist motives will hear only one thing, that you are saying that the Chinese are to blame for all the ills caused by the virus, which simply is not true.  Certainly there were things that the Chinese government did that were wrong, but so has other countries, including the United States.  But that is no reason to blame an entire ethnic group of people.

So before things get any worse for our country, by disrespecting and mistreating an entire population of our country, please refer to this awful crisis by the names that it has been given, Covid19, or the Corona Virus.  Again, your claim of intelligence versus many, including mine, even I know this is the right thing to do, which means then, that you should know that as well.