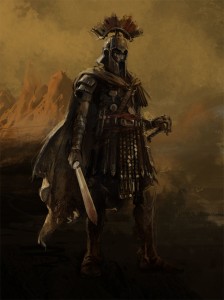 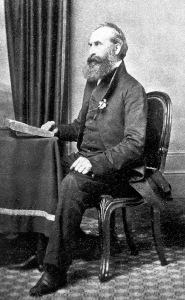 I always hated these questions on tests in school.  But here we go.

Which of the above does not belong?

D)  They all belong

The correct answer, is D.  They are all related in one way or another, at least in the lives of some.

If it were not for Thomas Hodgkin, one of the top English pathologists, I would not be writing “Paul’s Heart” right now.  Hodgkin of course was the discoverer of Hodgkin’s Disease in 1832, now referred to as Hodgkin’s Lymphoma.  Hodgkin wrote about the disease in a paper called “On Some Morbid Appearances of the Absorbent Glands and Spleen.” (source – Wikipedia)

Spoiler alert, my diagnosis of Hodgkin’s 32 years ago, included a swollen node (often referred to as a gland), and full involvement of my spleen, which had been removed leaving me unprotected from being able to fight infections and other illnesses, a condition called “asplenia.”

Another unknown fact about Hodgkin, is that he was a big time believer in preventative medicine.  Of course in the mid-1800’s, this was what would have been considered “progressive” thinking.  In 1841, Hodgkin published the book, “On the Means of Promoting and Preserving Health,” available on paperback through Amazon, where he noted his research on muscle fibers, red blood cells, and appendicitis.

That pretty much sums up, very crudely, the man my life has been unwillingly “committed” to for the last thirty two years.

Treatments for Hodgkin’s Lymphoma were discovered over half a century later around 1894, in the form of “Fowler’s Solution.”  This solution had actually been around decades earlier, but was found to have an impact on Hodgkin’s Disease.  Not-so-fun-fact about Fowler’s Solution?  It contained arsenic which we all know is a bad, bad, bad thing, in large quantities anyway.  In smaller amounts, it was considered a tonic, medicinal.  (source – drugstoremuseum.org)

Eventually, advances in medicine would lead to other treatments including radiation therapy, and chemotherapy, each with their own levels of toxicity.

So, two facts to remember as you continue on with this post.  One, Thomas Hodgkin was a big believer in preventative medicine.  And two, poison was used to help treat Hodgkin’s Disease early on.  These are two ironies that will be revealed later on.

According to Greek mythology, Pandora was the first woman created by Zeus, a tool of wrath, responsible for releasing all ills upon the world.  Pandora’s name meaning “gifts” and “all.”  Pandora was created to punish Prometheus for stealing fire from the Gods, giving it to mankind.  Before leaving the Pantheon, Pandora was given “gifts” from the Gods to take with her, that she kept in a jar.  She had been told never to open the lid of that jar.  She married the brother of Prometheus, Epimetheus, and had a daughter Pyrrha.  And just as in the tale of the Garden of Eden and the apple, Pandora, got curious, took the lid off the jar and released all the evils into the world.  She realized what she had done, but it was too late. (source – ancient.eu/Pandora)

Okay, so now you are thinking, the Hodgkin guy makes sense on this blog, but what does Pandora have to do with anything?  I am not done yet.  There is one more answer to be made, Damocles.

Damocles was a “courtier” to King Dionysius II, a tyrant of Sicily.  Damocles felt that being a king was an easy job, that anyone could do it.  And that is where the story of the “sword of Damocles” came about.  The king offered to switch places with Damocles for one day, and of course, Damocles thought all the riches and perks were great, until he noticed a sword hanging over the the throne, perilously held by a single thread of horse tail.  This analogy described the perils of being a king that could occur at any moment, without any warning, but you knew it was there. (source – mussaad.medium.com/the-sword-of-damocles)

Now, allow me to put them all together.

In 1988, I was diagnosed with Hodgkin’s Disease.  I was treated with high dose radiation (40 times the life time maximum exposure), and some of the most toxic chemicals, including one used by tyrants like Sadaam Hussein used in a gas form to kill is citizens in Iraq.  These treatments were proven successful, and approaching thirty-one years out, I am proof of that success.  But…

Remember the progressive researcher and discoverer of Hodgkin’s believed in preventative care, yet, upon completion of treatments for Hodgkin’s, except for some follow-up appointments for a brief period of time to make sure the patient stayed in remission, there was no preventative care.

And though I am aware of thousands of other long term survivors of Hodgkin’s Disease, we were all in the same boat, just chugging along, until…

In April of 2008, I was discovered to have had a major blockage of the main artery to my heart, referred to as a “widow maker.”  It is called that for a reason, you do not survive the pending fatal heart attack that is going to happen.  People are diagnosed with this condition all the time, usually attributed to diet, exercise, physical condition, etc.  My situation was different.  My blockage was caused by progressive scarring from the extreme radiation I had received eighteen years earlier.  Bottom line, I was the “luckiest son of a bitch on the planet” according to my cardiologist.

But then, it was recommended that I see this doctor, who specializes in Hodgkin’s survivors and issues that developed because of their treatments.  His name was not Pandora, but it may as well have been.  It was then that I became a patient in the survivorship clinic at Memorial Sloan Kettering Cancer Center.  I was not treated there, but evidently I was a perfect candidate for researching, and treating potential side effects caused by my treatments.

Yes, Pandora’s Box had been opened.  Not only my heart had been affected by treatments, so were my lungs, my bones, my endocrine system, my stomach and esophagus, my muscles.  The list goes on, that I now have more than a dozen issues that have been diagnosed, anything else, just not determined as a priority right now.

Just as Thomas Hodgkin believed in preventative medicine, being in this survivorship program, put me in to the preventative path, sort of preventative.  There is no preventing the things that have happened, and will happen to me.  But they can be managed, and hopefully dealt with before they become as serious as my “widow maker” was.  Well, most of them anyway.

As I said, there are more than a dozen issues that are being watched.  And here is how that works.  Because of all the damage that has been done, correcting these things carry their own risk, some dire.  Therefore, some of my issues must wait to be dealt with, you guessed it, until they reach ” widow maker” status again, that the risk of doing nothing, now outweighs the risk of doing something.  I have more than a dozen swords of Damocles hanging over my head right now.

As a cancer patient, I have been told many times, “you’re done with treatment, just get on with your life.”  And after all of the procedures I have gone through in my survivorship, I am told to “just get over it” and enjoy life and stop looking for all these things.

I cannot do that.  And neither can so many others.  One open heart surgery is bad enough to go through, that to do another, conditions need to develop that they are bad enough, forcing the doctors to do something, either way at this point, one risk more than the other.  The sword of Damocles.  In medicine, it is referred to as Damocles Syndrome or commonly known as “waiting for the next shoe to drop.”

I have had two heart surgeries, and there will be third some day.  I have issues with my lungs, that I do my best to live with, but there are unidentified spots, that are being watched to see if they turn to cancer.  I have a condition called “Barrett’s Esophagus,” a pre-cancerous condition that could lead to esophogeal cancer.  An additional condition with my esophagus, called a Zenker’s Diverticulum has caused multiple episodes of aspiration pneumonia, including the fatal condition of sepsis.  I have a higher probability of bone fractures and other cancers.  The muscle loss I have is obvious, and I am so susceptible to illnesses, yes, including Covid19.  Having one sword held over my head with one strand of horse tail is bad enough, but having all of these other swords, it can be overwhelming.

As bad as this can all sound, it is the awareness, the support, and the progress that continues, that makes it possible for me to claim the status as a long term cancer survivor.  On March 3, I will mark 31 years since my last chemotherapy injection.

So yes, the answer to the question, is D) all of the above.