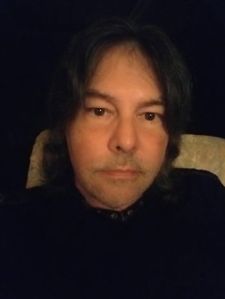 The following question came across my feed yesterday:

“I am halfway through treatments, and my scan shows I am in remission (YAY!).  Have any of you quit doing the rest of the treatments?  My doctor wants me to keep going.”

The question is a valid one, and emotional one.  As anyone who has gone through treatments that have brutal side effects can tell you, given the chance to drop any, we would likely all do it.  But there is also a reason to seriously consider the risks of not doing it.

I was originally scheduled for 6 cycles of MOPP-ABV chemotherapy, my radiation therapy having not been successful in keeping me in remission.  I had already been warned by my oncologist, there was a likelihood that I would actually end up going through two additional cycles as a “preventative” measure.

I had my scan to see the progress of the treatment at number 4 treatment.  It was November of 1989.  I won’t forget it.  I was told I was in remission.  The first words out of my mouth were, “ok, that’s all I need then, right?”

My oncologist responded, “you could.  But you have to ask yourself, having not stayed in remission before already, wouldn’t it be better to finish the treatment regimen and make sure that you stay in remission this time?”

As excited as I was to hear the news of remission, I was brought crashing down to reality.  My doctor was right.  I wanted to stay in remission.  And not only did I finish the remaining two treatments, but I did the additional two “preventative” treatments.

If you follow my blog, then you know I am now approaching my 31st year in remission next month.  I may not know if I did not take the extra treatments, if I would be able to make this claim.  But I do know that I can say that I did make it this far because I did.

Look, when we are dealing with a severe cold or infection, we are usually given antibiotics for a period of time.  We are told to take them all.  Yet, some may feel better half-way through and think “I don’t need to keep taking them,” and stop.  Then, SURPRISE!  The infection returns, sometimes worse.

Science studies medicines for dosages and duration.  There is a reason if you are taking an antibiotic for ten days, you take it for ten days.  It is not enough to just beat down the disease.  All it takes is a few cells to regenerate more and you are back where you started.  Not to mention the fact, that after taking the full regimen, the drug’s effects itself are likely to last some extra days, continuing to give you protection as you heal.

I use this example when trying to explain the importance of continuing chemotherapy or other treatment, when someone has been told they are in remission.  Yes, we want to get to remission.  But more importantly, we want to stay there.  Approaching 31 years in remission myself, I guess that kind of proves my point.

Posted in Cancer, Family and Friends, Inspired By..., Side Effects, The Heart | Leave a comment