Duh! Tell Me Something We Don’t Know

As a long term cancer survivor of Hodgkin’s Lymphoma, I have had many conversations with others, describing my treatment regimen as if I were a lab guinea pig.  It was not from the aspect of would the treatment work.  But rather, the unknown of what would happen if it did, if I reached remission, if I lived a long life.

It is my opinion, there is not enough attention paid to late term developing side effects.  Cancer patients are labelled “cured” if they meet a magical 5 years of remission, meaning the likelihood of the cancer coming back, rare.

Science is busy, studying for new cures, safer cures.  Big Pharm needs to get these new methods out to market for profit.  There is no time to study late developing side effects, because, well, survivors are not counted on to live that long to develop any.

But guess what?  They do.  The other day, I wrote a post about a Zoom conference involving a great number of fellow Hodgkin’s survivors in 40 and 50 years of survivorship.  Yes, the treatments did more than get them to the five year mark.  But these treatments did so much more.  The problem is, medicine was not prepared with what to do, how to diagnose, how to treat the progressive late developing side effects that would come the longer a survivor lived, especially if your were treated in the 20th century.

Hodgkin’s Lymphoma has always been considered a rare form of cancer.  The American Cancer Society estimates close to just 9,000 new cases this year.  To put that in perspective, Cancer.net estimates over 320,000 cases of breast cancer in 2021.

Without getting lost in the weeds of statistics, if I were to take the current remission rate past the five year mark of 85%, and even generously used an annual 5,000 cases of Hodgkin’s from 1965 to 2000, that would mean there would be roughly 148,750 long term survivors (likely a lot more with me using a smaller estimated number) who have survived 30-50 years.

Almost 150,000 long term survivors of Hodgkin’s Lymphoma (again, this number is likely higher, admittedly I did not research cases each year).  The question then becomes, how many of that 150,000 have developed secondary problems over their survivorship?

Sadly, we do not know.  And why don’t we?  For one, there was no follow-up protocol for us, once we were done with treatments.  In my case, I hit my five year mark… CURED!… and had one more follow-up visit, and that was the last I saw of my doctor.  Until… April of 2008.

How many others like me could there be out of that 150,000?  It is hard to say.  Most doctors to this day, still are not aware of the many issues faced by long term survivors.  On one of the Facebook pages I am on, there are less than 800 of us, that have active health issues related to our treatment.  800 out of a potential 150,000.  The rest likely have issues, and do not realize why.  Their doctors may be scratching their heads because age and other factors do not match up with symptoms.

Survivors who do face these issues, if they are lucky, find what is called a “survivorship clinic,” a specialty that has a protocol to diagnose and manage the many issues faced by long term survivors of Hodgkin’s Lymphoma.  And if they are the lucky ones, they are finally put on to an established surveillance plan to monitor the progression of the late effects.

Everyone else, maybe they get lucky and find a doctor who has learned about these issues.  My primary care doctor admits she learned everything she did about long term survivorship from me.  Others, are just dismissed as hypochondriacs.  Nothing could be further from the truth. 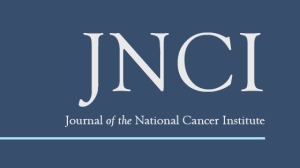 So nearly 31 years into my survivorship, provided by another fellow survivor named Nicki, an article published in the Journal of the National Cancer Institute, I read the article titled “Hodgkin’s Lymphoma Survivors:  We Need To Do Better.”  It was co-written by Dr. Tara Henderson of the University of Chicago and Dr. Kevin Oeffinger of Duke University.  Here is the link to the actual article:

Using all kinds of factors, including age, treatment regimens, geographical locations, during the time period of 1965 to 2000, this stunning factor was discovered.  Treatments we were exposed to have shortened our lifespans.  I have heard many of my fellow survivors speak of being told their bodies were like that of someone twenty or years more older.  I am fifty-five years old.  Internally, I have the body of a 75-year old.

Imagine the disappointment, the cure rate for Hodgkin’s Lymphoma is one of the higher cure rates, but if you were treated before the turn of the century, your risk of morbidity or mortality is as much, if not more higher than the original cancer itself.  As the article quotes, the “cure is toxic.”

As the doctor who handles my late term effects told me, I cannot reverse what is happening to you, but I can possibly slow the issues down, prevent events, at the least, help you manage these issues.  My consolation prize.

Over the decades, the frustration that I have had, as well as other survivors have had, was how do we get medicine to catch up to our needs and not only give us the help we need, but also take care of those recently treated from suffering the same fates.

In 2003, according to the article, the National Academy of Medicine recommended lifetime follow-ups for those who have had Hodgkin’s and other pediatric cancers.  Yes, the one thing your oncologist will likely not tell you, you may be in remission of cancer, but you will never be done with it.  As hard as that is to hear, it is a good thing, that medicine has finally caught up with what many of us have known all along.

Just as importantly, the article stresses the need for better communication with the primary care giver, making sure that the PCP has access to the cancer records, and shares in the knowledge of the history of the survivor.  PCP’s can order many of the surveillance testing and management/mitigation needs.

And if you do not have access to one of these long term survivorship clinics, how do you approach your PCP with this article?  You include this link as well, provided by the Childrens Oncology Group:

This link will send you to a lengthy PDF that covers everything from modes of treatment, to potential side effects, and more.  Armed with these two documents, a Hodgkin’s survivor is on such better standing to advocate for their survivorship.

Look, as daunting as this may sound, survivorship is a great thing.  Would I give back my 30 years of survivorship to have not experienced these late effects?  No, I would have died. 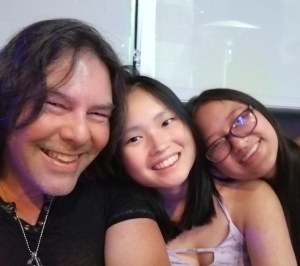 Do I live my life worried about the next shoe dropping in my survivorship?  Absolutely not.  As you can see, I have two reasons to keep on going, things in their life I want to experience with them.  And that is my plan.  My daughters understand the shell they see, has a trainwreck on the inside.  They also believe I will keep fighting and take on every issue that comes up, and survive that too.  So far, that is the plan, and it has worked.

I cannot emphasize enough, please feel free to share this post with anyone you know who has had to deal with Hodgkin’s Lymphoma.  As my survivor family has finally been able to realize, our efforts to advocate for ourselves have finally benefited other survivors as well.  Now, we make the difference.