Donna – As Genuine As Could Be 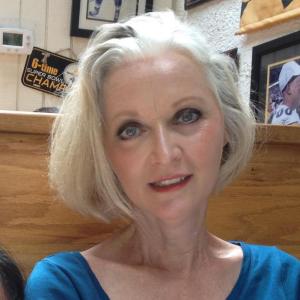 I do not even know where to begin.

This is a photo of a mother, wife, a fellow adoptive parent, and a fellow cancer survivor.  Her name was Donna.

Donna and I first met, well over a decade ago, on an internet listserve for long term cancer survivors, which we both were.  She had been treated at a very young age for Hodgkin’s Lymphoma with an extreme amount of radiation therapy, though considered standard for the time.  Those treatments caused progressive side effects over the decades, in the beginning unknown, but later on life, not only aware, but severe in nature.  When we were first introduced to each other, my issues with late effects were at the unknown stage, so it was not late side effects that led to open conversations. 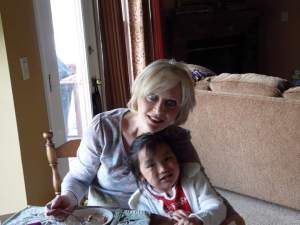 Donna and her husband had adopted a daughter from China, named Jasmine.  Donna had seen that in the signature of my posts, I had adopted daughters from China as well.  From there, since we could not share photos on the listserve, and it really was not proper etiquette to contact someone from the list on a personal level, Facebook came along.  And from there, that is where our friendship grew.

We shared a lot of photos of each others’ daughters.  We shared a lot of stories.  One thing that stood out in my mind, was when “Jazzy” as her father calls her, at a toddler age, was showing off for a video camera entertaining with a Brittish accent having a conversation with her mother.  It was hysterical, and very authentic.  And this friendship grew, as we watched each others’s girls grow.

In 2008, our friendship took a very hard turn.  My late side effects were suddenly brought to light in a huge way, emergency heart surgery.  I had been aware of Donna’s issues, though she rarely publicly spoke of them.  And if she did mention them, there were bad enough at that time for her to do it.  She was one of the first survivor friends to reach out to me, offering encouragement not only on my recovery, but with the new direction my survival was going to take.

Now, we were not just exchanging stories on our daughters, but now, seeking each other’s support for suggestions on how to deal with certain health issues, offer encouragement during a side effect event.  And for both of us, over the next several years, we both would be dealing with several events.

During this time, we both had family to take care of as well.  And we did most of it without skipping a beat, protecting our young children from knowing the harsh realities we were dealing with.  And for that, we would find our way back on Facebook, sharing more photos, more  fun times, more memories.

This father/daughter duo served as inspiration to me.  Donna would constantly share the musical escapades of her husband Leo, and daughter.  Performing here, performing there.  Such a great bond.

That is not to say or friendship did not have bumps.  As the title of this post suggest, “As Genuine As Could Be,” Donna was very genuine.  It was only one subject matter that could fire up our conflict, but one thing was certain, we both could stand our ground.  We would trade “comments” back and forth trying to convince each other that our opinion was not only accurate, but correct, in our opinion.  And let me tell you, that determination and strong will, definitely played a role in her cancer survival.  After we exhausted our argument, we would return back to what mattered to both of us, our daughters, and our survivorship. 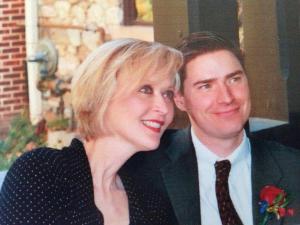 I cannot imagine what Leo had gone through as a spouse dealing with someone facing these constant health crisis that would keep popping up.  I was a caregiver for my father, but as a spouse, I am certain it was different.  But I know that Donna loved Leo very much.  They were in photos constantly as a family.  But he also had to be there, to make sure that if Donna was unable, to relay information to medical personnel about Donna’s health history.  For better or worse, in sickness and health… their marriage endured.  And that is not something easily done without dealing with the extreme health issues of a long term cancer survivor.

I often find myself, ridiculed by some of my friends who feel that surrounding myself with others who have gone through what Donna and I have gone through, to be part of internet support groups that deal with late effects, can have an impact on my psyche as far as having a positive attitude, can only lead to living under a dark cloud.  As is proven by my friendship with Donna, nothing could be further from the truth.  Donna is one of perhaps a handful of fellow survivors still alive from when I first came across the internet.  Given my health, I know that does not bode well.  Regardless of her side effect issues, she was too young to leave this earth.  She is yet another parent I know, survived by such a young child.  Again, I cannot begin to imagine the grief that Leo is going through, all the while, having to make sure that his daughter’s emotional needs are taken care of.

I have written that I do not grieve well, or even properly.  But if there is one thing that will always stand out in my mind about Donna, she gave of herself, before for herself.  If I was dealing with an issue, she offered me guidance, all the while keeping her current issue silent.  Yes, there were topics that she definitely felt strong about, but it did not stand in the way of friendship.  More importantly, she was a great mother, and a great wife.  And she was a great friend.

2 thoughts on “Donna – As Genuine As Could Be”