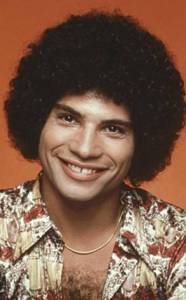 No, not this Epstein Barr.  This one.

I first heard about Epstein Virus over five years after I had been diagnosed with Hodgkin’s Lymphoma.  What does one have to do with the other?  Well, medicine and science are beginning to catch up to those of us in the Hodgkin’s world.  What do I mean?  Almost 30 years after I had been diagnosed with Hodgkin’s, often considered a rare form of cancer, though possessing a very strong remission rate of over 85%, a cause behind the diagnosis, still eludes the oncology world.  Unlike my father, who died from lung cancer, although in denial, knew his cancer was caused by over 50 years of smoking.  But Hodgkin’s, still unknown for sure.  I am the only member in my family to have faced Hodgkin’s.  Blood tests and scans did not diagnose my Hodgkin’s.  There are no warnings for Hodgkin’s.  Well, maybe there was.

In recent years, and perhaps spearheaded by other fellow lymphoma survivors, a common thread has been discovered among us, that medicine is finally recognizing… most of us had a history of Epstein Barr Virus.

DISCLAIMER!  What I am stating is NOT everyone who has EBV will develop lymphoma.  If that were the case, the frequency of EBV, would make Hodgkin’s one of the most common cancers among breast and lung cancers.  But Hodgkin’s is not that common.  However, the knowledge that Hodgkin’s patients may have had EBV in their past, cannot be ignored.

Common signs of EBV are excessive sleepiness, fevers, headaches.  These are among some of the noticeable symptoms which could come across as anything.  But upon further examination by a doctor, body functions of the liver, spleen, and lymph nodes may raise some flags for further testing.  There is no vaccine, and is simply spread by saliva.

Over It, Or A Precursor?

EBV is actually quite common especially on younger individuals, especially youth.  Why?  Personal care.  Hand-washing not always done.  Sharing food or drinks.  And for the older youth… kissing.  And most just get over it with some TLC and other home remedies.  Your body does what it is supposed to, and build antibodies.  But others, perhaps will develop further issues, like mononucleosis (mono, a.k.a. “kissing disease).  Important note, EBV and mono are not the same diagnosis.  Mono is caused by EBV, not the other way around.  Here is where I come in.

I was out of high school about a year, burning the candle at both ends.  And then one day, I could not get up.  I could not wake up.  I could not sit up.  I could not stand up.  Blood tests would show that I was having some sort of liver related issue, and yes, signs pointed to mono.  I was not checked for EBV, but the mono diagnosis was pretty much a certainty.  I recovered in time, and really do not remember much of the duration.  But in November of 1988, I had no idea what this diagnosis might have just meant to me.

A Little Knowledge Should Be A Good Thing

So there are issues later on that there is an increased risk of further complications from EBV, and not just Hodgkin’s.  Again, I want to stress that a diagnosis of EBV means you will develop anything in the future, but had I been aware of the connection between EBV and HD, when I went to my doctor, with a swollen lymph node, and misdiagnosed with a “cold”, a known history of EBV and the connection, my doctor should have ordered further testing.  But Hodgkin’s is not only rare, and sometimes difficult to diagnose.  And that is where this little bit of knowledge could come in handy.  If you are known to have had EBV, and have  a medical issue that is difficult to diagnose, your doctor should consider eliminating a diagnosis of lymphoma.

But besides lymphoma cancer, there are other things to be aware of.  EBV can lead to future issues with the spleen, the liver, cardiac, breathing issues, and blood disorders, and yes, cancer.   Oddly, nasopharyngeal cancer is rare, it is common among cancers in China.  There is a proven genetic connection.

So How Do You Deal With EBV?

Besides being diagnosed properly, there is not much that can be done, except for two things.  Prevent spreading this very contagious virus.  And second, follow the doctor’s orders in regard to rest, fluids, perhaps pain meds or any other prescribed medicines.  The contagious period lasts up to two months, and recovery simply takes time.  But being aware of your body, can help you ask questions that may come up in the future, even if your doctor does not know what to look for, now you do.