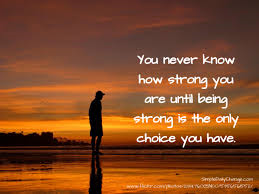 The following was something that I wrote on another page.  But the response I got from it, told me that it was worth sharing.  Because no matter the challenge you are facing, this could apply to you.

“That moment when the pendulum begins to swing the other way.

That moment when you are proven correct and true.

That moment when you realize your greatest fear could have actually happened.

That moment that fear was silenced.

That moment you truly appreciate everyone who at the very least, encouraged you to never give up.

That moment that you recognize prayers and positive thoughts make a difference.

That moment of awareness, you are still who you have always been.

That moment you remember, you have what it takes to challenge, endure, and survive.”

Posted in Adoption, Bullying, Cancer, Family and Friends, Inspired By..., Side Effects, The Heart | Leave a comment

As children, there came a time for all of us that we could not wait for that moment when our parents handed us a key to “the castle”, our house.  At age 11 or 13, there were very few milestones that we were ultimately aware of that were nearly in our grasp.  But getting to stay at home, alone, was the first taste of a much different world to come.

I do not recall the exact moment I was handed my key.  All I remember was that I was tired of having to tell friends that I went to “the babysitter” after school.   It was only briefly, the downtime between the time I arrived home from school, and my grandmother would get home from work.  My parents were divorced when I was three, and my mother had full custody of my sister and I.  But she worked second shift (early evening to early morning hours).  My mother had already left for work by the time school let out.  The routine went, school dismissed, I went to the neighbor’s house and waited until my grandmother got home.  Then I got my freedom.

Something switched once I got the key.  Sure, I got to go straight into my house, but other things changed too.  Most noticeably I became more aware of my surroundings.  I had previously learned about being prepared for emergencies from school and scouts.  But,  I also found that I could get away with things, even if it were just for a half hour. 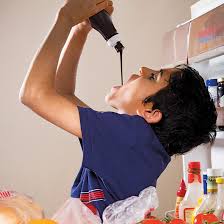 The first new freedom that I discovered was via the television.  For a half hour, I could watch anything that I wanted, which included a cable channel that showed movies that were rated R (today, the movies would be rated PG).  But one day, I stumbled across something else. 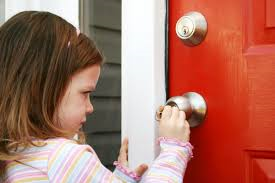 I was a “latch key kid.”  On the television, the personality was talking about children who came home from school to an empty house, referred to as “latch key children.”  It carried a negative connotation only because it concentrated on the fact, that a child was going to be home alone, regardless of the amount of time.  I can understand, parenting in the 1970’s was not like the 1950’s where mothers got to stay at home.  And if you were a single parent, your income was limited to household expenses and unless you had a friend you could rely on, it was going to cost you additionally for a babysitter.

I took the term a bit harder.  Being referred to as a “latch key” kid, was a negative term.  While most of my friends went home to a house with an adult to greet them, going home to no greeting often left me feeling alone, unwanted, uncared for.  Of course today, I do not see it that way because as an adult I can understand the situation more clearly.  But as a child, I did not have the capacity to understand that.  All I was able to understand was what I knew… my friends went home to someone waiting for them, I went home to be alone.

This has an impact on a child’s life not just in the short term, but in the long term as well.  Because, once there is the taste of that independence, not just from the brief time home from school, then both the child and the parent look to longer periods of “latch key” status, with both having their reasons to eliminate the need for babysitters.  Of course, as children grow, they do not want to hear the word “babysitter” any longer, and parents want to eliminate the cost.

But the next phase or transition needs to be handled delicately.  Because the effects of being alone, and the circumstances of the home, can have huge consequences for the children especially, and quite possibly tragic for the family. 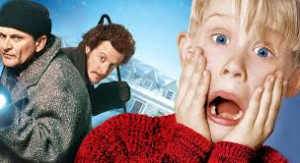 Sure, the concept of the movie “Home Alone” had a lot of comical moments.  But the reality of the movie was that a child was left behind for an extended period of time because the family left on vacation without him.  The premise of the movie was not that far fetched, though the boy’s survival tactics while providing many laughs, were not likely to be successful in fending off intruders inside the house while he was alone.

So, how old should a child be to be left alone?  How long should a child be left alone?  These are subjective questions because it all depends on the maturity of the child.  There are many states who have taken this judgment call away from the parents, because clearly, many have made the wrong call.  But another factor to consider is how prepared is the child to be alone.  Does the child know who to contact in an emergency even beyond 911?  If a warning for a weather emergency came on the television (like a tornado warning), would the child know what to do?  Of course, how to handle telephone calls and knocks on doors are critical so as not to alert anyone that a child is home alone.  Then there are rules that need to be established so as not to be alone outside of the home, like roaming the neighborhood, leaving a child susceptible to predators.

Then there are emotional considerations.  Is the child going through any difficult time in school or at home?  A child spending time alone, isolated, when faced with emotional issues is indeed a sad situation.  A child with no distractions or support, will look to alternative means to deal with the issues they are struggling with.  It is during this time that a child will be more likely to give in to peer pressure, to begin smoking, drinking, experiment with drugs, and explore sex.  It must be admitted, the opportunity presented by being alone, means the less likelihood of being caught.  And once a child begins to feel distracted enough, they will believe that these alternatives are the solutions to dealing with their emotional pain.

No, a babysitter for an 11 or 15 year old is not the answer.  That only undermines the emotional growth of a child.  But there are other much more subtle means of providing supervision while giving the appearance of supplying independence.  Encouraging a child to visit with friends, a family aunt or uncle asking for a visit from the child, or even finding a way to include the child in what you, the parent is doing, are all reasonable alternatives to leaving a child alone before they are emotionally and intellectually prepared to be left alone.

Posted in Adoption, Education, Family and Friends | Leave a comment