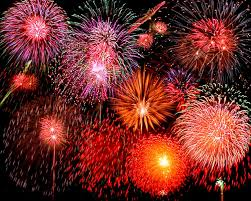 Happy 4th of July!  Happy Independence Day!  Or as many people recognize today, Happy Unofficial Midpoint of Summer Day!  After today, many will already be looking to the Fall season, reinforced by television ads for Labor Day sales, and “back to school” sales, hence, the “midpoint” reference.  As with the majority of the holidays that we hold dear to us, the true reason for recognizing these holidays often gets lost.  As a result, I look forward to the next Jimmy Kimmel video asking people on the streets of Hollywood why we celebrate July 4th.  And to be fair, I will give the benefit that the answers will not be about picnics, the beach, and fireworks.  But the answers nonetheless, while hilarious, will be just as sad.

This is one of the most important documents in our nation’s history.  It declared our independence from the King of England.  More than two dozens of examples of his tyranny were listed as the reason for demanding our freedom.  The most glaring of statements in this document reads as follows:

“We hold these truths to be self-evident, that all men are created equal, that they are endowed by their Creator with certain unalienable Rights, that among these are Life, Liberty and the pursuit of Happiness.”

I will qualify my right to my opinion, and that is all it is, an opinion, one which would be guaranteed me by the next most important document, our constitution, which of course were followed up with the Bill of Rights, which honestly, as an proud American, and by choice, a Christian, this document should not have even been necessary to have been written.

The fact is, we declared our freedom on July 4th, 1776, 239 years ago.  Wow!  I cannot believe I have lived through the bicentennial and will also get to witness a historic 250th Independence Day in just six years!  And freedom means just that, free.

I appreciate that I am free to exercise my free speech, something several countries cannot do.  While I do not believe in gun control, I do believe that our country has not done enough to keep guns or any weapon out of the hands of people who should not have them.   I cherish my right to have  a religion, or not to have one.  And that means simply, do not cram your religious beliefs down my throat, and I will not impose mine on you.  Lutheran, Jewish, Catholic, Agnositic, Atheism, Buddhism, Muslim, are no better religion than another, which is why there must be separation of church and state.  But nonetheless, religion, or lack thereof, is important to the individual and should be respected.

But getting back to the statement about unalienable rights, “life, liberty, and the pursuit of happiness,” I do believe as the United States of America, we are forgetting just how important this is.

While our country is quick to criticize other countries’ civil rights records, per capita, our country violates more rights than any other.  No one incarcerates more people, especially for profit, than the USA.  And no one disrespects the rights of another human being’s right to exist than the USA.  I am not talking as a whole, but rather a large population of bigots who do not remember what our country became on July 4th, 1776, free.  And that means whether we are white, black, or brown, we all have the right to live in the United States of America.

Somehow, we need to get back to just remembering how important those unalienable rights are, life, liberty, and he pursuit of happiness.  Too may people do not get medical care when needed.  And those that can get medical care, may not get the level of care needed.  Medical care in the USA, if we are to be the greatest country in the world, the most humane country in the world, should lead by example by caring for its sick with the best medicine for all that it has available.  There is no reason for poverty in our country when we are pouring trillions of dollars into rebuilding other countries.  Our country spends too much time telling women what can and cannot be done with their bodies, criticizing people of the same gender for wanting to be happy, and claiming their religion better than another.  People used to have what was once called an “American Dream” only to have it taken away by manipulative greedy banks and corporations.  Capitalism was to have guaranteed us the American Dream, part of our pursuit of happiness and life, only to have it ripped away by greed.

And let us not forget those, over the centuries, beginning in 1776, that fought for our independence, to protect our freedoms.  I have several family and friends who are veterans of the armed forces.  Whether I believe in the harms way that they have all been put in, they have done so because they love our country.  And we as citizens of this great country can protect our country just as strongly by recognizing and standing up for our unalienable rights.  This is what our founding fathers wanted back in 1776.

Posted in Family and Friends, Inspired By..., Politics, Recreation

One thought on “Happy 4th Of July”