Hiding The Pain… Because We Have To

A current news story about an airline disaster, with speculation of a pilot possibly having had medical issues that could have contributed to the crash of that plane, led me to write this post about something that I have not had to think about for a long time.  This post is not about the disaster itself, but rather choices that many who face challenging illnesses are forced to deal with, in order to survive. 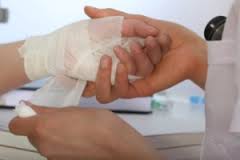 It happens without warning, you get hurt.  It is called an accident.  You end up with an injury and you seek out proper medical treatment, and you plan to move on, even return back to the work assignment that you were working on.  Only in most employment situations, it is not this simple.  For an injury on the job, we supposedly have protection in place to make sure that we are taken care of.

But when we get injured at home, or develop a serious illness, we are supposed to have federal protection in place, called the Family Medical Leave Act.

The truth is, in neither circumstance are we guaranteed protection with our employer.  Your best bet at being treated like you matter, whether hurt at work or at home, is if you are dealing with a small company, a “mom and pop” company, where you will employer and employee will spend a lot of time with each other, perhaps more than people who have spouses and the time that they spend together. 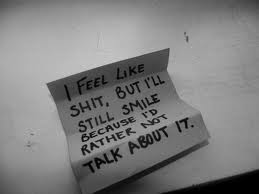 More likely than not, if a person is hurt on the job, more than medical care may be given for the injury.  Depending on the severity of the injury, an employer will be obligated to report the injury to OSHA.  This causes major issues to an employer.  An employee risks being scorned by the employer for the inconveniences that will come forth that quite possibly have prevented the injury.  Just Google coal mining accidents in recent years and you will see what efforts are made to cut safety and the “impositions” forced on the employer following the accidents.

It does not stop there.  Even co-workers are eventual participants in the scorning as new policies that change standard operating procedures because of the injured person now “inconvenience” them.  If you have been in the work force long enough, and have seen this happen enough, then you can also guess, that many people would rather “hide” their injury than be harassed often daily.

In 2003, my hand was caught between a 500 pound cage and a doorway, crushing my wrist.  It was an innocent accident, well for the most part.  The hallways were crowded, and instead of pushing the cage, I had to pull it, with my back to the direction I was moving.  And in spite of my slower and careful speed, alternately checking both sides of me, my wrist still got smashed.  So while the conditions were not ideal, it was still an accident.  I did get medical treatment, sort of (put ice on it, take a few Tylenol, and wait a few days).  But it was the paperwork report and the treatment by certain co-workers that proved very unfortunate.

I was not losing time from work, so my employer did not have to worry about OSHA.  The problem was that I was working temporarily in another building for the day.  And that building was on an impressive streak, and following my injury, I can almost assume how they got to that point, being injury-free for an entire year.  Were they to make that point, the entire staff (only in that building I should add) would not only be recognized for their effort, but be rewarded with a very nice company coat.  My injury, just weeks before the year mark would approach, ruined that.  Immediately, I had co-workers just telling me to “shut up”, “just put up with the injury”, and “change my story” because I “was fucking it up for everyone!”  I was injured.  I needed surgery to correct the injury, and all anyone was worried about, was their jackets.

The solution was quite comical, and it did not eliminate the harassment that I was receiving, but it did get those employees their recognition and their coats.  Because I was only temporary in their building, the report would be written that the injury had taken place in my regular building, a blatant act of fraud on the report.  But for those who watched me go through all this abuse learned painfully what was at stake for taking care of themselves, that it would be better to hide the injury than face the scorn.

But what happens if you are facing a serious illness, injury, or accident?  What if you are dealing with cancer, cardiac issues, burns from a fire, an auto accident?  Surely there would have to be compassion.  After all, who would want to be in the shoes of anyone in those circumstances? 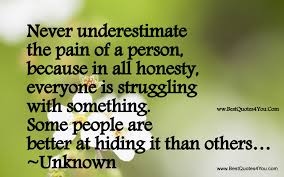 I had not even begun my treatments for Hodgkin’s Lymphoma before the first co-worker lobbed accusations of me being treated “special.”  Now keep in mind, I made a decision that other than the diagnostic surgeries, I was not going to miss any other time from work, other than to go to my treatments.  My employer was on my side as he had gone to extraordinary lengths to improve our health plan to provide me the best medical options.  The benefit would go to everyone, because now everyone had that coverage.  I made the decision back then, that it was important for me to be at work, so that my mind would be distracted from the daily struggles of thinking about cancer every day.  I missed a half an hour of work in the morning for my radiation treatments (for 30 days), and two Fridays a month, I lost 2 hours at the end of the day so that I could get my chemo (for 8 months).  I missed no other time because I spent the weekend getting sick, and recovered well enough on Monday to return to work.

Somehow, my co-workers felt that the time that I was being granted for my treatments, was perceived as being “given favors.”  I would be willing to bet that not one of my co-workers who were harassing me would have been willing to trade places with me.  But I made a decision that I thought would be right for me, but it was all wrong for everyone else, and that would eventually take a toll on me emotionally.  But I could not hide what I was going through.  My body was showing the effects of the treatments.

In 2008, doctors would discover what the extreme cancer treatments had done to my body over the years.  This would result in doctors ordering medical restrictions that would not only become permanent, but would increase for me as time goes on as my issues progress, but might also increase as complications arise.  Unlike the obvious balding from chemo, my issues are hidden as well as I can do.  But there were days when I could not hide my limitations, and just like before, issues developed between myself and my employer, and myself and my co-workers.  My employer would often find it difficult to find work for me to do under the requirements of the FMLA, but better to have me reading papers at work, than to pay me sitting at home collecting sick pay or disability.  But to many of my co-workers, strong resentment built.  Not only was there resentment for the special assignments I was given that were within my restrictions, so that the others were never given “special work”, only the normal daily grind assignments, but I was being paid the same as them, and for doing what they perceived as easier work.  Again, I do not know any of them who would have traded places with me to undergo emergency heart bypass… to have restrictive lung disease… to have a precancerous condition called Barrett’s Esophagus… to having radiation fibrosis syndrome… and more.  But because those things are more easily hidden, unlike chemo conditions, most assume that the issues are either not real, or at least not as bad.  Again, walk in my shoes.

Were I to do it all over again, and I said this prior to my heart surgery that I would not let it happen again, and I did, just to prove to myself how “strong” I was, I would have gone right for Social Security Disability, which cancer is definitely one of the diagnosis covered as is all of the other issues I deal with today.  But weighing the horrible treatment I got from especially my co-workers, I would have rather sat at home, risking feeling sorry for myself.  Because at least I knew my situation was real, and I knew what I could do and could not do.

For 26 years, I let what others thought of me, dictate how I treated myself, so as not to upset them, no matter the physical cost to my physical and mental well-being.  Just keep pushing… PUSH HARDER…  HARDER!!!

I have now spent over half of my life, living with cancer, and its late side effects.  Over all, I am a very positive person and appreciate life and what it has to offer.  But I stopped letting others tell me how I feel and that things were not “so bad”.  Never again.

Employers need to do more to protect those who face adversities with their health.  It is called being a human being.  It is being compassionate.  A work atmosphere that emphasizes care instead of pause and fear will be more productive and profitable, if employees did not feel that they had to hide what they were going through.

But until those days come, I would offer that the moment you are diagnosed with a serious illness or facing some other health trauma or crisis, file for SSDI immediately.  You will be better off filing right away with the tedious and time consuming process, but you will also be better off emotionally not having to deal with the selfishness of others who expect more out of you, than what you know you are capable of.  Just because they do not see it.

Posted in Bullying, Cancer, Education, Inspired By..., Side Effects, The Heart