The Price Of The Cure 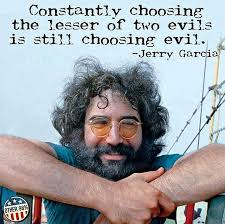 There is the obvious.  Cancer, left untreated will kill you.  Not maybe, it will kill you.  And if you have every been by the bedside of someone dying from the late stages of cancer, the quality of life is painful and upsetting for the patient, loved ones, and caregivers.

There are treatments available for many cancers, many resulting in full-lifetime remissions, and several at the very least, the ability to manage the cancer, in maintenance fashion to keep the cancer from worsening.  And in some cases, the treatments may be ineffective at all.  And while the immediate side effects of any treatment –  surgery, chemo, radiation, immunotherapy, and others – may be unpleasant, the stereotypes do not lie, often times those side effects can also be effectively managed to lessen their severity.

But what happens when the treatment itself is worse than the cancer?  How do you choose between something that is meant to cure you of a fatal disease, but has the potential to make things bad or worse for you in the long run?  What do you decide when faced with the possibility that the treatment could actually make things worse?

After the initial shock of a diagnosis wears off, the last paragraph is the most dominant in concerns.  Untreated… dead.  Treated… remission…other bad things happen because of the treatment.  Treated… dead.

No one wants to die.  And while the initial thought might just be, “oh my God, I’ve just been diagnosed with cancer.  I’m going to die.”, that moment is often quickly going to change to, “I want to beat this.  I can beat this.”

Medicine has come a long way in treating all the various forms of cancer.  But it still has a long way to go.  Nearly every adult has had to sign a waiver that states the risks with any kind of procedure.  And though these waivers are fairly general in nature, all too often, important details are left out.  Minor side effects often do not need to be publicized if the occurrences are not frequent enough.  That does not mean that they do not exist, just that it is not required to be discussed.

Imagine, as I was perusing through my medical records recently from when I was treated for my Hodgkin’s Lymphoma back in 1989-1990.  And I can actually remember everything because I was told exactly what was written.  The exposure to the amount of radiation risked pericarditis, a swelling of the lining around the heart.  Potential risks from my chemo were a secondary cancer, such as leukemia.  If you have followed “Paul’s Heart” or read back posts, you know the doctors and medicine “missed it by that much” (as Maxwell Smart would say).

The radiation I was exposed to was 4 times the LIFETIME MAXIMUM of radiation (much less is used today, thank you very much).  And one of the drugs used in my chemo cocktail was a derivative of a chemical used by Sadaam Hussein to commit genocide on his people in Iraq and Kuwait.  Yet, the possible risks were just casually mentioned.  No need to worry.  The cure will not be as bad as the cancer.  I now have had open heart surgery, other heart valve issues, carotid issues, restrictive lung disease, radiation fibrosis (muscle atrophy), spinal issues, immunological issues, and a whole host of others.  But no pericarditis.  No leukemia.

But then there is the extreme as I mentioned in the story about Michael (“Meet Michael” published in October).  The one drug of his chemo cocktail had an immediate effect on his heart, but no one thought to check, and he died.  My father had gone through surgery to remove his “stage 1 lung cancer”, went through chemo as preventative, and against my recommendation, went through radiation therapy additionally as prevention, only to seemingly have his cancer turn super aggressive to stage 4, untreatable, and die.

I often get asked, “would I go through it again?”  Back in 1990, I said emphatically , “NO!”.  If it ever came back, would I ever go through treatments again, and I would say “no.”  But after the adoption of my daughters, everything changed.  I wanted to live for them.  But I am saddened by all that they have had to witness with my health since, and having watched their grandfather die from lung cancer.  If you asked Michael’s family if they would allow him to choose treatment again, their answer most likely may be different.  I know for a fact, my father would have given anything to not have gone through the radiation.

This post is not to be “anti treatment” at all.  It is rather meant to be an illustration of the agonizing choices faced by patients and families.  There are over 12 million cancer survivors and not all have issues like I have, and in my lifetime, I expect that number to double.  Which means we are also not solving the issue of cancer prevention, let alone, finding a safer cure any time soon.  But it is one of the hardest decisions a person will have to ever make.  It is about the quality of life we want to spend the rest of our lives.