What The Rocky 4 Soundtrack Meant To Me

When Rocky IV came out in 1985, we still had major tensions with the Soviet Union.  And this movie, the fourth in the sequel of too many, gave Americans not only something to cheer about, but to be inspired by.  Unlike the first Rocky, this one was definitely cheesy and predictable.  That is as far as I will go as far as spoiling.

But the movie did produce a great album, and this is now my third album of ten that had made a difference to me in my life.

Of course, the whole concept of the Rocky franchise simply is just overcoming adversity.  My life has been filled with adversity.  But in the first major challenge of my life, this music made a difference.

I have finally gotten around to writing the book that I have always wanted to write, courtesy of Covid19.  Of the other times I have begun the process, this being the sixth, I am now currently on Chapter 21.  So far so good.

In what I have written already, I mention that I listened to my Walkman during my treatments.  For those not old enough to know what a Walkman is, it was a device to listen to CD’s… oh hell, too much to explain progress.

I placed strategic music on this Walkman.  I was fighting cancer.  And I knew that going through chemo was for the fight of my life.  And after all, in the end, Rocky always won, literally or metaphorically.  So, with my eyes closed, I would listen to music that would have enough energy and inspiration to get me through my eight round fight.

The soundtrack is not without its flaws, but with technology, I only needed to “burn” to a CD certain songs from the album.

The 80’s pop band Survivor actually had three songs for the movie, “Burning Heart” and of course repeating “Eye Of The Tiger” used also in Rocky III.  But Survivor’s third song ended up cut from the movie and the soundtrack.  Not really sure where it would have fit, which is why it was cut, but it was a great song nonetheless.  It was called “A Man Against The World.”  Definitely written for Rocky, it is a constantly played song in my playlist.

The other hit from the movie was James Brown’s “Living In America.”  It was a rejuvenation of Brown’s popularity, but the song overall was as cheesy as the movie.

But there were two songs that did not attract as much attention, but to me were inspiring in their lyrics, and the music just lit the spark I needed to push harder, just as it did in the movie.  Robert Tepper’s “No Easy Way Out” was played during a time that Rocky was now questioning everything he had done, whether it was worth it, because of the ultimate price paid.  The other, John Cafferty of the Beaver Brown Band sang “Hearts On Fire” during the cliche training montage.  The song is heart pounding and sounds victorious.

And as usual, there are instrumentals that inspire me to turn the volume as high as it can go.  And just like Bill Conti’s “Gonna Fly Now” in the very first movie, Vince DiCola’s “War” and “Training Montage” ended my chemotherapy appointments.

But my appreciation for this odd choice did not stop in 1990 and my remission.  Every time I have had to deal with a health issue resulting from the late effects of my treatments, requiring rehabilitation or starting over, it is this same music that I turn to.

When The Time Comes To Vaccinate Against Covid19

I want to state very clearly, I am not an anti-vaxxer.  Do I support every vaccine?  No.  Do I believe there is any kind of intent or negligence in their development or usage?  No.  Are there potential immediate side effects that are known?  Absolutely.  Are there potential late effects from vaccines that are unknown?  Of course.  Is there some sort of conspiracy to “implant” any “chip” for surveillance through the injection?  Well, though not likely, but thanks to science fiction and the movie “Fantastick Voyage” (I wrote about that recently), it cannot be denied.

As we try to contain and eradicate one of the worst viruses our world has ever seen, we are going to face the decision some day, the day a vaccine is created.

I received all my vaccines as a child for measles, small pox, polio, etc.  My children were also hit with all of their vaccines as recommended and/or required to attend school.

I recently documented my struggles with my immunity, and the need for booster vaccines against pneumonia and meningitis, both of which are considered mandatory for my survival.  And though strongly recommended, I routinely refuse, against my doctors advice, the flu vaccine.  My children do get them.

My children have both gotten the HPV vaccine, supposedly proven to prevent at least one type of ovarian cancer, the general type of cancer that took my grandmother’s life.  I should have been glad to have my daughters vaccinated for that, yet I objected to it.  My reason was simple.  I knew the vaccine was pushed through the approval process quickly, and that there could not have been sufficient studies done for late effects and they had not been studied.

If you follow my blog, you know this is a huge red flag for me.  Late developing side effects, and the lack of studies on them are whey I deal with what I do today.  I was a guinea pig with my cancer treatments.  Yes, the treatments were successful, but have come at a cost.

In 2010, we were dealing with the swine flu, H1N1.  This was the only year that my doctors were not giving me any kind of option as far as a vaccine was concerned.  H1N1 was not as contagious or lethal as Covid19, but it was still bad.  I was ordered to get the vaccine, newly created, as well as the seasonal flu vaccine, and was scheduled to get one of my pneumonia boosters as well.  I ended up getting all three that week.

But as I am sure will happen once a vaccine is discovered for Covid19, when the vaccine came out for swine flu, there were restrictions who could get the vaccine initially because of supply issues.  Just as Covid19 vaccines will likely be, vaccines were restricted for H1N1 to children, pregnant mothers, high risk conditions, and the elderly.

The stares I got in line from all of the mothers, pregnant or not, and the elderly paled in comparison to the pressure felt between Victor Drago and Adonis Creed.  Because you cannot see my vulnerabilities, the average person just assumes there are none.  And of course, my vulnerabilities are no one’s concerns.  But I definitely felt the icy glares from all around me, wondering how much balls it took for a “healthy looking” young man to take away a vaccine opportunity from someone who really needed it.  And if that was not bad enough, the result of getting all three of those vaccines in one week, was too much for my body to have been challenged, and I felt probably as bad as if I had gotten the virus.

And undoubtedly, this pandemic will leave me with the difficult choice again, between to vaccinate or not.  One factor that takes it out of my hands, whether the vaccine will be live attenuated or inactivated (dead).  Simply understood, one vaccine is made from the live virus, the other, from dead virus.  And there is a difference, as the inactivated vaccines are not as strong, and my take multiple boosters to build up the immunity needed.

Many of my fellow long term survivors face this horrible virus, shingles, a cousin of chicken pox.  Of course, most of us have either had chicken pox or were vaccinated.  But our susceptibility to shingles, multiple cases in fact, is due to our history and treatments for Hodgkin’s Lymphoma.  Of course, those who have not had Hodgkin’s can acquire shingles, but to prevent it, you can get the vaccine, unless, at least until recently, as long as you had your spleen.  You see, the shingles vaccine, Zostavax, is a live virus vaccine.  So we, as long term survivors can only suffer through this malady.  Until recently, a new vaccine, an inactivated one, called Shingrix came out, offering hope to millions without spleens against this painful virus. 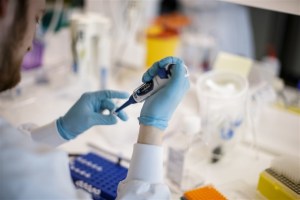 And so, as the race is on to find both a cure and vaccine for Covid19, once again, we Hodgkin’s survivors and asplenic patients will be waiting to see which is developed first as far as vaccines, live attenuated or dead inactivated.  So far the news has been leaning to two vaccines, one in England, but both are live attenuated.  And the hopes are high enough that production has begun, with the hopes this is the vaccine.  A high cost risk if it is not.  But clearly a dead or inactivated vaccine will be long away.

And once that vaccine is actually found for those of us who are compromised, we then face another difficult decision.  Do we take the risk?  Sure, they will tell us about the short term possible side effects.  But what about the long term side effects?  There will have been no studies done.  Just like there were no long term studies done on the treatments used on me, and millions of others who lived long enough to develop them.  Do I really want to be a guinea pig again? 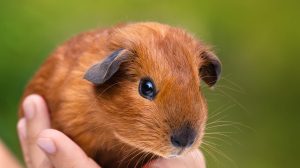