A Question I Already Knew The Answer To

Reality is beginning to set in.  In just over a month, I am going to officially recognize 30 years as a cancer survivor of Hodgkin’s Lymphoma.  I will save that hype for a very inspirational post around that time.

This will be the last of my “30th Anniversary” posts, filling in the story line, as best as I can remember it.  After all, I did not have social media to document my every step of the way (we did not even have the internet at that point) and in all fairness, with the uncertainty of my future, dealing with cancer, documenting anything was the last thing on my mind.  I wish I had thought differently.

The truth is, I could have, and should have been celebrating this anniversary in just over a week from now.

I was warned at the beginning, to be careful about marking the final date of my treatment on the calendar.  Pyschologically, sure, it can give you that positive image of the end goal.  But the body is put through an enormous strain, physically and emotionally, that anything can happen during the next six to eight months.  All of a sudden, a date you had been counting on, gets pushed back for any number of reasons, such as getting sick, or blood levels not being high enough for the dosages necessary.  The only thing worse than the cancer itself at that point, is to be told your treatment is going to be delayed to allow your body to have more time to recover.  If that were not bad enough, then you have to see it on the calendar, and you must make that change to the calendar as well.  And that reminder will always be there.  It is unbelievably devastating when that happens. 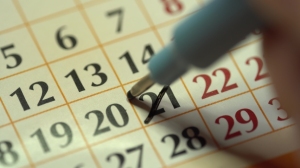 With the diagnosis of any cancer, not just Hodgkin’s, the life is interrupted.  We have lost all control to roll through life as we had been, day by day.  We have a new schedule of events to follow, and there is often very little wiggle room to enjoy anything we once did prior to our diagnosis.  To the person not dealing with a cancer diagnosis, the answer to the simplest of questions is always obvious, you do what you have to do, to get through your treatments, and if that means giving up “stuff,” so be it.

It is not always that easy.  Like I said, with a cancer diagnosis, we give up control of our lives for however long the path takes.  It is easy for me to look back now, at some of my questions about “can I do this” or “should I do that”, because with a clearer head now, and a longevity to match, I can say that I definitely feel my decisions and answers were and still are the right ones.  But even my own experiences were not enough that one respondent to a reply I sent to a reader about a decision she wanted to make, blasted me as being judgemental, insulting, and dropping several F-bombs on me, finishing with their suggestion of me going on a final destination.  The question that prompted that response?

“I have heard that drinking alcohol during treatments may cause pains and headaches.  Is it really that bad if I have one here or there?”

Again, I have been at this a long time, dealing with survivors of all longevities, and current patients.  So along with the many other replies, I added my two cents.

Me:  I have heard this concern many times about alcohol causing pain, in fact, having the pain associated with the Hodgkin’s itself.  To my experience, it has not hit everyone, but a good majority.  Though I was of legal drinking age, alcohol was not as important a beverage for me to have while I was going through my treatments.  But Coke was.  And every time, and I did it, a total of twice, that I drank Coke during my treatments, I had extreme discomfort which I was warned to avoid caffeinated beverages, and decided to test that theory, and lost.  I did this with other things too that I decided to try in spite of being warned against, processed food such as cheese.  I finally decided it was not worth it.  So my suggestion to you, as someone having been there, done that, clearly you have been given the warnings, and you have been given responses both for and against.  Ultimately the decision is yours, but please do not take the answers to be a “permission granted” to go ahead and imbibe based on the informal survey.  You could be the lucky one who does not get the discomfort, you might not.  The question is, is it really worth the risk for just the months that you are going through treatment?

And then I got the beratement.

This situation comes up regularly though, and not just about alcohol.

With the growth of new hair, some survivors cannot wait to get back to hair coloring and other processes which carry their own cancer risks, and of course the questions seeking “permission” from others that it is okay to proceed.  Again, it is a personal decision that has to be made by the individual, and the fact that a person asks it, that person knows there is a risk.  Then the next question that has to be asked, “is it really worth it, or that important?”

Another question that I deal with regularly, is about whether to work or not.  I have written about it in the past in great detail, but briefly, again, an individual decision.  And though the only work I missed for the entire 8 months of chemotherapy, was two hours every other Friday for my injection, I thought this would be a positive thing for me.  It was a much needed distraction from the day to day dealing with my cancer.  I proved my determination every day.  I showed everyone, I was not going to be defeated.

But I paid a price.  It was a huge risk  for me to make that choice, and were I faced having to do it again, I would not work.  The reasons are simple.  The body is beaten up terribly from the chemo, physically already stressed, it does not need the added fatigue from a daily work grind.  Emotionally, I dealt with so many co-workers who believed that I was being given preferential treatment over them, although to this day, I do not know what it would have been.  I was never given any special favors from my employer.  But the stress from my co-workers added to my day to day struggles with the chemo, often were so difficult to get through my work days.  And then, there was also the risk of my health put in jeopardy.  Working with a large number of co-workers, most would not stay at home if they were sick with a cold, flu, or anything else.  Going through chemo, my immune system was already suppressed, exposed to all kinds of germs in our office and surrounding areas.  If I were to catch anything from them, it could lead to a delay or interruption in my treatments.

I was treated in a time before there were workplace protections in place, courtesy of the Americans With Disabilities Act (ADA).  While yes, the distraction of a daily activity from your treatment schedule can be a good thing, if you are able to exercise your ADA rights, then do it.  And yes, the ADA is about to turn 30 years old as well.

So I talked about making choices during treatments.  My treatment schedule would go through the entire winter season.  I was an avid skier for many years.  And it was during my January treatment that I asked my oncologist about the possibility of me being able to ski.  I asked the doctor before doing so, because I had heard of increased risks of injury during treatments, especially broken bones. 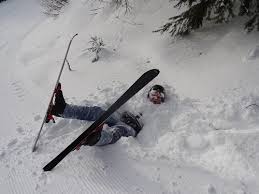 I was a good skier, but more of a recreational and a slower procession down the hill kind of guy.  I was not really at too great a risk for any fall or injury.  But the doctor took it from a different approach.

Doctor:  Well, I don’t see a problem with you skiing if you have to.   But you have to ask yourself this.  You are obviously going to have to be dressed warm right?  Which means you will undoubtedly end up sweating a lot, and being Winter, you might catch a draft, sweated, and well, you know, end up developing a cold or something.  Is it really worth it, if when your next treatment comes around, and your blood levels are too low to give you treatment, because you wanted to go skiing?  I mean, it would probably only delay it a month, but will that month make a difference to you, just so you can ski?

Just like all of the other situations that I discussed above, we know the answers.  We just want someone to give us the guarantee that we will be fine, the schedule will proceed as planned.  Of course, we would be able to pin the blame on someone else, because “they said so.”

I would go skiing, just it would be the next year.  It was more important for me to complete my schedule as planned, the beginning of February.

Remember the other decision that I made earlier, that did come back to bite me in the ass, and in a hard way.  I came down with the flu, going around in our company because people came into work sick.  I was on the tail end of the illness when my final treatment, scheduled in February was to take place.  But my blood levels were too low to be given my treatment, and therefore, my final treatment would not take place in February, but hopefully March.

I was devastated.  It was supposed to be the end.  Instead, it would be another month.