They Just Don’t Get It 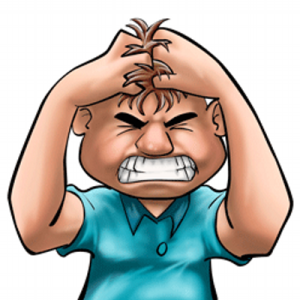 I am just so frustrated right now.  They just do not get it.

From the moment we are diagnosed with cancer, we not only want to get done with it, we want to be able to get over it, and get beyond it.  We look forward to the day that we hear about the magical “5 year mark”, that unofficially makes us “cured”, or at least in society’s eyes, less likely to hold our cancer experience against us… A.K.A DISCRIMINATION!!!

Many years ago, it was discovered, that many cancer survivors, particularly with Hodgkin’s Lymphoma, because of the extreme levels of radiation, and the highly toxic chemotherapies used up to the turn of the century, were developing issues because of the treatments that saved their lives.  In the late 1990’s, protocols soon became established to begin following up cancer patients “for life”, not just for the possible return of their cancer, but to make sure any late developing side effects that would develop, would be managed at an earlier stage, than allowed to proceed to the level of a “widowmaker” like I experienced, or worse.

Here we are, two decades into the new millenium, so much more experience and knowledge, and yes, many doctors and caregivers now recognizing the need for follow up care for life, and still, I am seeing posts like this:

“I’ve been told that I no longer need to do my yearly check ups, as a matter of fact, the doctor says I don’t need check ups for my HL at all anymore. ”

While I am extremely happy for this young nearly 20 year survivor of Hodgkin’s Lymphoma, I am dumbfounded, as she explains that she does have some late effect issues, her doctor does not seem to be concerned, presenting her with the opinion that he is washing his hands of her, convincing her of his obvious release of any problems.

She had been treated during a transitional time when radiation therapy amounts were being reduced and more targeted, and the toxic cocktail of chemotherapy had also been modified, but still contained two of the most brutal ingredients in that treatment regimen.  One of those drugs that was personally responsible for the demise for the death of a 24 year old friend of mine five years ago, surviving his Hodgkin’s, only to die from the noted rare effect of the drug, simply because the doctor did not follow the follow-up protocol that was available.

THE INFORMATION IS RIGHT HERE!!!  WHAT THE HELL IS IT GOING TO TAKE FOR MEDICINE TO WAKE UP AND REALIZED THEY NEED TO DO MORE THAN JUST CURE US OF ONE DISEASE TO LET US DIE OF SOMETHING ELSE?!?

I am just a normal human being, no doctorate degree in medicine.  But I did my research.  I share the information just like the hundreds of other long term survivors I know of, that tell of the many issues we face, and yes, why we face them.  Together, we all try to inform and educate doctors and nurses, for many, our primary care givers who were never taught the issues we have to deal with, yet rely on them for the diagnosis and treatments.

The Children’s Oncology Group website is the most accurate guideline for treatment and follow-ups for many cancers and their treatments.  It has been created by the experts.  It is about time that doctors understand, we do not have a choice once we have had cancer.  We may be done with the immediate, but it is the future that we need to manage.

I am quite happy for the young woman who shared her post, and have encouraged her to refer to the above website, and to immediately seek out a survivorship clinic, which clearly is more equipped to deal with issues she already has, rather than just be released.