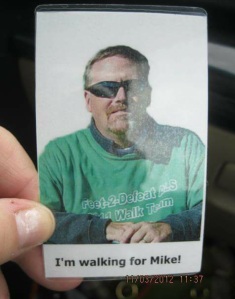 Another year, another anniversary of the passing of one of the best people to come into my life, my brother-in-law Mike.  It is seven years ago tomorrow that he lost his battle with ALS (Lou Gehrig’s Disease).  I had only heard of the disease watching the classic movie “Pride Of The Yankees”, based off the story of Lou Gehrig, who the disease was named after.  And as unfamiliar as I was with ALS until that time, Mike would be one of three people I would witness face, and eventually pass away from it, within a three-year time span. 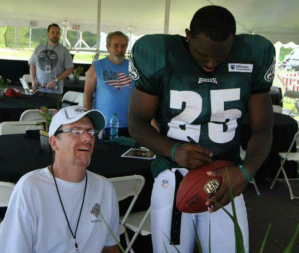 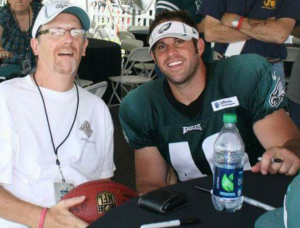 Mike, you were like a big brother to me, and I still miss you so much.  You gave me so many laughs, encouraged me, and when needed, gave me the stern talking to just like an older sibling would.

Prior to his passing, a fundraiser was held for the ALS Foundation by Mike.  It was an extraordinary event, and I am so glad that Mike got to witness the amazing outpouring of support, and the huge success that it was.  It was exhausting for him, but also memorable.

Since his passing, I have tried to continue to live my life, as if Mike were still here.  I have no doubt the support he would continue to give towards the fight against ALS.  Much like when he did his “polar plunge,” definitely thought he was crazy to do it, especially given his condition, when the “ice bucket challenge” came out, I did my part, in dousing myself, as well as challenging others.  But also, I would share events that I would become aware of, because this fight still goes on. 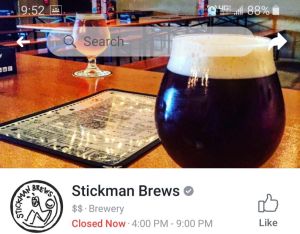 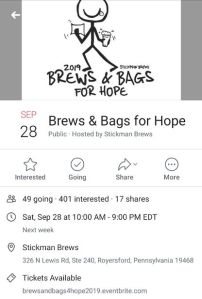 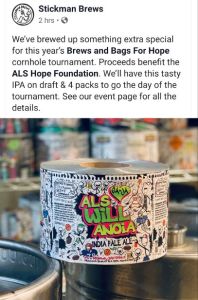 If you live near the Royersford, PA area, there is an establishment called Stickman Brews.  They are hosting a fundraiser on September 28th which will benefit the fight against ALS.  Please consider stopping by, and have a pint of ALS Will Anoia in Mike’s memory, and for a good cause. 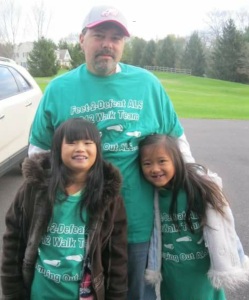 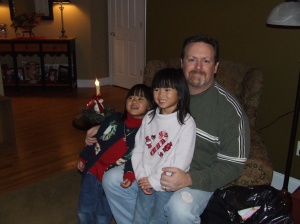 Mike, I miss you.  Your nieces miss you.