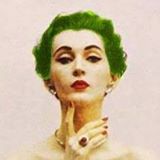 There is no doubt this is how Dolly was being greeted this morning.  This is how I knew Dolly… well, for most of the time anyway.  Like me, Dolly was a long term cancer survivor of Lymphoma.  Like me, she suffered late side effects, and eventually another battle with cancer, as if the first time around was not enough for one person to go through.

I never met Dolly, whose actual picture would eventually appear on her Facebook page, because of the droves of other survivors who would have to physically meet, the wonderful spirit, who, when faced with one challenge after another, would always manage to muster a smile, offer encouragement, all the while, maintaining order in her life.  And there were plenty who would get to meet this gem of a spirit.  Unfortunately, I would never get the chance to actually meet Dolly, but we exchanged emails and texts, to discuss certain admin issues with the support pages that she created on Facebook for those of us who struggle emotionally and physically with the late effects from the treatments that cured us of our cancer.

Dolly had a “travelling companion” besides her husband Dave, a doll named “Nelly”.  Kind of like “Flat Stanley” in schools, Nelly was eventually adopted by another survivor, after it became clear, Dolly would no longer be able to travel, and so, pictures of Nelly’s adventures would appear, giving many of us, Dolly included, even a slight smile, because each picture would remind us of Dolly.

I am sure that I am not the only one, but Dolly also took time to help others with other issues or struggles in their lives besides survival.  That is just who she was.  Even up until days ago, she did all she could to keep in touch with us.

I have met hundreds, if not over a thousand cancer survivors over my survivorship.  And I can tell you, the rush that comes over us, when we meet someone who “gets it”.  But when we choose to meet someone in our situations, it also sets us up for the possibility of heartbreak.  Because as a survivor of cancer, with late effects to deal with, things can change just like that.  But those who got the opportunity to meet Dolly in person, neither was disappointed.  I know many of the faces she got to meet, and that meeting always meant something so special to each and every one of you, and especially Dolly.

I have known, and still know many people I draw inspiration from in my survival, but Dolly has been the second person, who I consider very influencial in my survivorship, that I have never personally met.  The other, was a woman names Linda, who urged me to not only advocated for cancer patients, but to become aware of the world of late effects for cancer patients who would go on to live long lives, and need help.  It is just at one point, I never thought I would be one of them.

I am sad for the passing of my friend.  I am certain it is even harder for those who knew her best.  The testimonies being given on her Facebook page, and replies to the post by her husband speak volumes.  For those reading this that are on those Facebook pages, that is what this group is for, to help us deal with the grief and sorrow, and help each other to survive.

The photo below is the cover from Dolly’s Facebook page.  This was definitely Dolly. 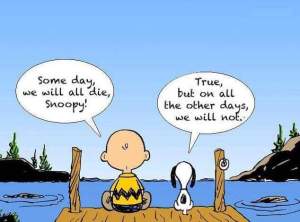