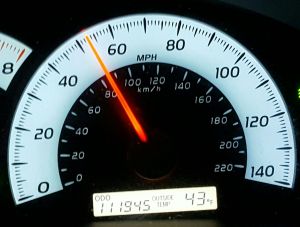 Unless you have spent any time in the deep south, the following statement is probably going to be met with a major “eye roll” and a comment under the breath, “yeah, right,” but waking up to 43 degrees was not only cold, not only painful, but also reminded me of a condition that I have not had to deal with in over two years since I moved to Florida. 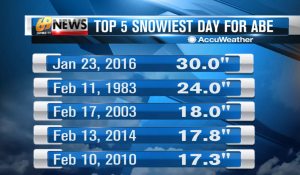 The picture on the left shows the remnants of winter storm Jonas, with an actual amount of 31.9 inches of snow.  I missed this storm living in Florida.  But in the picture on the right, the second most snowfall occurred back in 1983, which I was a senior in high school.  The remaining three storms like this, were following my battle with Hodgkin’s Lymphoma, and the last two following heart surgery.

Why do I bring this up?

Treatments from over 25 years ago have left me dealing with some late issues with my body that developed over time.  During cold temperatures, I am reminded of one of those issues.

I cannot recall exactly how my lungs felt prior to my heart surgery in 2008, but I do know that following my surgery, my temperature tolerance dropped about 10 degrees.  Up in the north, I learned to deal with this issue by wearing wool over my mouth and nose, and wearing extra clothes to stay warm.  When did I have to start doing this?  Once the temperature went below 60 degrees.  My cooler weather apparel was often met with mockery, and only those who deal with similar issues can know what I was physically feeling.

The first thing that hits me is breathing in the cold air.  The only way to describe the feeling is that my lungs instantly freeze up solid like a brick.  Your lungs need to expand, and my lungs will not.  My current lung capacity has been measured at 76% from progress damage due to radiation therapy.  In fact, the lower lobe of my left lung is completely “dead”.  The only way for me to get relief, since inhalers do not work, is to get into a warm environment as soon as possible.  The “thawing” out of my lungs if you will, can take up to about a half an hour, possibly more.

But in the meantime, two other issues appear once the cold hits my lungs.  I often begin to have an anxiety attack, at the panic of my restrictive lung disease.  And with that, my breathing becomes even more difficult, the anxiety gets worse, and then the pain hits.  Again, the best way to describe the feeling, is my muscles, especially in my back and hips “constrict” like a boa constrictor is squeezing me.  Again, there is no relief other than thawing out.

My late developing issues from treatments for Hodgkin’s Lymphoma are progressive.  There is only one thing I can do, and that is “manage”.  There is no cure, no reversing what has happened to my body.  My moving to Florida I thought would have helped with this particular issue.  But recently, our weather has turned colder down here.  No, I know I will never volunteer for sub-freezing temps again, or major snowfalls, so I will state that my friends and family in the north will deal with much worse when it comes to cold temperatures.  But for me, 43 is cold enough to remind me what my body has gone through, and still has to deal with.