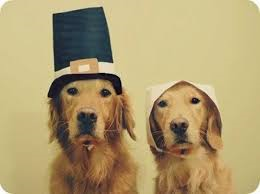 I would like to take the time right now to wish everyone a safe and Happy Thanksgiving.

I cannot recall a year when I have been asked so many times, “so, what are you doing for Thanksgiving?”.  But unlike years past, my response is not complicated at all.  I do not look at Thanksgiving other than a “get-together” holiday, yes, with family.  I do not look at it as the kick-off to the chaos of the earlier than ever Christmas shopping season.  But how I now celebrate has become a bit easier for me, and ironically, more appropriate.

When I was a child, Thanksgiving was all about surrounding the kitchen table, dining room table, and the special “kids” table.  There was lots of food, plenty of leftovers to make into some sort of soup, stew, sandwiches, or dumplings.  Once in my teens, football preceded this dinner, both “backyard” with friends, and professional football on the television.  But still, it was a simple holiday, which led to a long weekend off from school.

But as many things change from childhood to adulthood, so did the way I celebrated the holiday.  The inclusion of a wife meant actually splitting the holiday between two family dinners, which would eventually lead to negotiating holidays with each family because of the great travel distance between families.  Then, as the addition of children, meant even bigger celebrations, but this also brought with it a lot of stress, because now, in the role of adult and parents, taking turns among siblings at hosting the annual feast, brought about its own pressures.  In no time, it became apparent that they holiday was becoming more about “image”, and not being grateful.

This year is the first year that I am officially looking at the holiday for what it is, a time to be grateful for what I have.  Having had so many health challenges in my life, I am definitely grateful for the “nine lives” I apparently have, though have gone through 4 so far.  The past year or two has also been about dealing with losses of many varieties, but in the end, I still have my breath.

But when it comes to what Thanksgiving is becoming once again to me, it is about returning to an appreciation.  I do not have even 10% of the things I had two years ago.  I live a great distance from my children, and this will be the first time that I will not see my children during this holiday weekend.  And while that makes me sad, in reality, the pressure life I had been leading, meant that I rarely saw my children as it was, as I was always expected to work during holidays.  I would work, come home, gather everyone up, and we would be off to whichever house was hosting the dinner, and the girls would be off to play.  Then we would return home, the kids went to bed, and I went to work the next morning.  So it is not really a new concept of not being able to spend time with my children for Thanksgiving.

And that is how I am approaching this Thanksgiving, away from my daughters.  As I work on the plans to visit with them in the future, I will simply do as I have always done, just perhaps a short conversation with them, and then they will be off to bed.

But with my holiday involving much less pressure, I will spend the holiday with someone very close to me and their family, and I will acknowledge all that I am thankful for, and all that I am hoping for, especially in the coming year.

As the holiday season official begins, I hope you all have a wonderful and Happy Thanksgiving.

One thought on “Happy Thanksgiving From “Paul’s Heart””