A Different Kind Of Secret 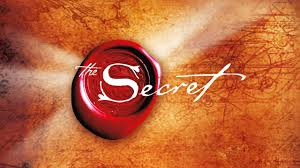 I had never heard of the book “The Secret” before I moved to Florida a year ago.  And I will say, the book has nothing to do with just Florida, and as I have found out, the book’s popularity extends well beyond the panhandle state.  To summarize the book, and video (identical to the book), the belief is that the universe alone is responsible for everything that happens to us.  Good thoughts will reward us with good thoughts.  Bad thoughts will inflict negativity on our lives.  Whichever we send into the grand universe, positive thoughts or negative thoughts, the universe hears these thoughts, and comes back to your life in the positive or negative, depending what your thinking was.

“The Secret” to me is a nice concept really, but a bit more extreme, and sadly for me, since I cannot give it full confidence, I will fail the book’s message.  But my faith does not really provide me with wiggle room to believe that there are other’s responsible for my well-being, other than the Creator I choose to believe in.  But that does not mean that I do not believe in the intent of the book, to try to live your life in  as positive a direction as possible 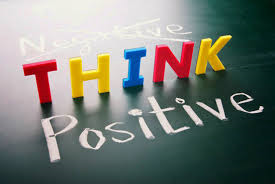 One of the first things I learned as a cancer counselor, was to be careful not to instill “false hope”, or as some would describe it, being too positive.  You do not want to give someone false hope by simply saying, “just be positive, all will work out.”  There will be no reason necessary, for when that concept fails, and it is completely unfair to tell someone, “well, you must have been thinking a negative thought.”  That kind of comment is even more cruel. 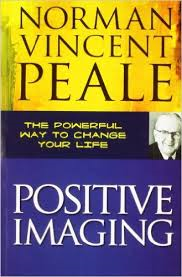 From the very first true test of life versus death, my battle with Hodgkin’s Lymphoma, I defined how I was going to live my life.  Life for me as a child was not easy, but I was happy.  I would describe myself as a fairly positive minded child, whatever I set out to do, if I succeeded, great, and if not, I tried.  But I never went into anything thinking I was going to fail.

But being told you have cancer?  Well, that is a totally different situation.  And for anyone having battled cancer, I think we all will agree, the calendar cannot move quickly enough for us until the day we get to hear the words “remission.”  I was never known for quitting anything, whatever I took on, I finished to the end.  But faced with having to deal with cancer, for close to a year and a half, there had to be a way to make that time go faster.  There had to be a way that I would be able to maintain a positive outlook, while dealing with something so ugly, so lethal, and the treatments just as toxic.

I was told about the book “Positive Imaging” by Norman Vincent Peale.  The book is exactly what the title suggests, positive imaging.  From day one, in my mind, all I saw was what my life would be like, once I was done fighting the cancer.  As each day went by, I got another day closer to that goal.  And even after I concluded my treatments, I used the same strategy in my recovery from cancer. 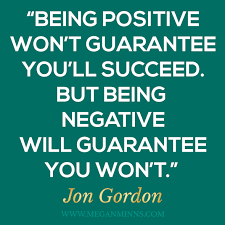 Did I struggle along the way?  Absolutely.  Side effects from the treatments were brutal both physically and emotionally.  Were there setbacks?  Sure, but that had nothing to do with having an occasional negative thought in my mind.

I assure you, over the last 25 years, “I’ve had my share of sand kicked in my face.  But I’ve come through. And we mean to go on and on and on and on.”  Thank you to the late Freddie Mercury of Queen for these most inspirational words.  And each time, as I face yet another issue or crisis (I am really beginning to feel like a cat having “nine lives” with the severity of some of these events), I use the same strategy that got me through my battle with Hodgkin’s.

I imagine what life will be like, once the current situation gets resolved.  I accept that just like needing doctors to get me through my cancer, I need friends to get me through the non-medical issues I face.  And just like the horrible side effects from the treatments, you face them, and deal with them, just like the things that occur in real life with other non-medical issues.  And in the end, just as sweet as hearing the words “remission,” the trials I face will also reach their conclusion, and it will be yet another day of celebration for me.

But the bottom line for me, has been my secret, I know I will get through.  But instead of relying on the universe, I rely on myself.  I have lived through enough practice, and just because I accept that there may be another trial in my life, whether medical or not, does not mean that I am a negative person.  It means that I am strong enough to take whatever the situation, and give it all I have to get through it. 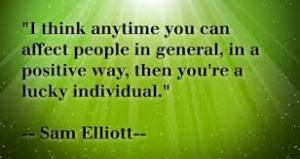 Posted in Cancer, Family and Friends, Inspired By..., Recreation, Side Effects, The Heart

One thought on “A Different Kind Of Secret”