The Inevitable And Making The Best Decision, Not The “Right” Decision 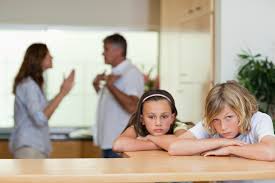 I was asked this question recently, “my daughter’s 16th birthday is coming up, and there is going to be a big party for her being thrown by my ex.  My ex’s girlfriend has told my daughter that she does not want me there, and if I show up, she will leave my ex.  She accepts the girlfriend in my ex’s life, and I don’t want my daughter stuck in the middle like this.  What do I do?

If EVERYONE, and I mean EVERYONE, not just the divorcing parents, but all the busy-bodies who feel they have a say in the divorce between the mother and the father would understand this simple concept:

It is inevitable that either or both spouses will move on and either just date, have a relationship, or even get married.  Again, this does not involve the children other than being introduced as someone who is becoming a part of their parent’s life.  The addition of a new romantic interest does not equal a new ally in the divorce.  This is not about arguing for what someone who is bitter believes is “right”.  It is about what is best.

As a child of divorce myself, I am very sensitive to what my daughters will be exposed to beyond the “mother/father” roles.  My parents divorced when I was young, so I am unaware of my mother dating, though in my teens, she did get married, ironically to a man who had the same last name as us, of no relation.  My father had a long term relationship with the woman he would eventually marry decades later and become my stepmother.  The point is, that at no time, was I ever put in the position of having to show loyalty towards one parent when it came to the other parent “moving on.”  That is not to say there was not animosity between my parents.

On a couple of occasions as a young adult, I recall having conversations with both of my parents, bringing to their attention that particular events in my life, and theirs, their animosity and any recognition or expression of that animosity, would be inappropriate, and I would not be hesitant to ask either to leave if anything other than the focus of the particular occasion was being respected.  Fortunately, in my life, that never became a problem.

But what my friend is dealing with, is just as bad, if not worse than two parents who draw their child into the middle of their bitterness.  The mother of a child will always be that child’ mother.  The father of a child will always be that child’s father.  But girlfriends, acquaintances, and definitely other relatives HAVE NO SAY WHATSOEVER with who attends or participates in an event in the child’s life.  And what makes this situation even more aggravating for me to know about, is that this woman obviously not only believes that the child, should not only be loyal to her father, but to the girlfriend as well.  And then, by not showing loyalty to her, the child would be responsible for breaking up her father’s current relationship by not supporting the request to not have her mother attend the birthday party.

This person is a piece of SHIT!!!!

I have no problem telling my friend, go to the party.  She is her daughter.  And any piece of garbage that would draw a child in to a conflict like that, does not deserve to be involved in any facet of that child’s life, and if that means the jerk walks away from the relationship, so be it.  And if she does end the relationship with the father, clearly, she has other issues with the relationship, none of which is the child’s problem.  I say good riddance.

Yes, I am very sensitive to this.  I grew up with this potential issue.  And now, I have two young daughters myself caught in the middle of a divorce.  But I have made sure that my daughters know that I have no problem with their mother’s boyfriend and in fact am happy that they have each other.  My daughters will never witness any animosity from me.  And I expect that same courtesy.  My daughters will have so many milestones in their lives, and I will be at as many, if not all that I can possibly be, and I expect their mother to be there also.  And that means family, friends, and everyone else who feels they have an interest in our divorce, and in reality have no interest or right of opinion, must accept that both of us, as our daughters’ parents will be involved in our childrens’ lives forever.  That means, confirmation, sweet 16’s, graduations, weddings (if they choose), and hopefully making us grandparents.  My wife and I are finished as a married couple, but our roles of parents will never change.

I told my friend, go to the party.  Assure her daughter that there will be no issue, that the mother knows how important the day is to her daughter.  And that it is unfortunate that the girlfriend feels that way.  But give the daughter her promise, there will be no problems.  But then my friend must also contact the father, and say this behavior is unacceptable and is emotional child abuse.  Parents need to get over their animosity when it comes to their children, enough said.

Posted in Adoption, Bullying, Education, Family and Friends, Inspired By...