Wow.  I just looked at my recent posts and realized that my topics have been quite heavy and it was time to write something a little more on the lighter side.  So, this is going to be a post, not about dealing with cancer, or my divorce, although to be honest, both are affected by this topic.

I rely on music to reduce stress and get me through difficult times.  I use image and visualization, along with the music to get me beyond my difficult times.  And the great thing, for the most part, at least the way that I enjoy music as of late, it is free.

I will start on a small scale.  If I can find a place that offers free music, and great local talent, I will be there.  I have some favorite bands down here that will find me in their audience regularly.  I do not dance.  And although I do enjoy karaoke, I have not joined any of them on stage.  When I go to hear them, it is all about hearing good music, cover songs, or originals.  And I have no problem giving them plugs right here, Essence, The Steve Peterman Trio, and the Robert Williamson Band.

But when I am sitting in my apartment, I usually have either my radio on, or listen to my CD’s, and so that no one things I am that technically disadvantaged, I also listen to my Ipod.

The thing is, I have listened to music my entire life, and as I hit my fifth decade at the end of the year, I have been listening to a lot of music over these years.  And that means that the bands that I listen to are quite old.  In fact, many of them are still recording and performing.

But is it right for a band to call itself by its original name, when the band is made up of different members than what it originally started with?  I am talking beyond the “Mike Love” and “Beach Boys” split concerts, and of course, members of fifties bands appearing solo on cruise ships.

These days, it is very rare for bands to have retained all of their original members.  Two of my favorite bands are Green Day and U2.

Green Day has been around since the 1990’s, and U2, well, I remember playing them on college radio before they became popular courtesy of MTV.  But both of these bands have retained their original members and are still going today.

Over the years, lead singers seemed to want more notoriety than just being front men for the majorly successful bands.  Many wanted bigger “pieces of the pie,” and in some cases, personal issues were the cause for departures of bands.

INXS was a popular band in the 1980’s and 1990’s.  But with the suicide of lead singer Michael Hutchens, the band just waited for an opportunity to regain its success.  But you just could not do it simply by replacing Hutchens.  INXS had a sound.  So a television show was created, called “Rock Star” in which a new lead singer would be found, ala “American Idol” like competition to become the new lead singer of INXS.  And they found one by the name of JD Fortune.

Fortune’s voice was perfect for the band to not only create new music, but perform INXS classics.  Alas, the relationship did not last long, and I have long not heard anything new from INXS.  But they are not the first, nor will they be the last to try to continue their history.

A supergroup consisting of members from already successful bands, they had two gangbuster albums, and then split up.  The group had a variety of other members, but it was not until the late 2000’s that the original band reunited, and yes, they were just as good as in 1982 when they debuted.  But the thing is, no one wanted to hear the “other” lead singer, John Payne, because we knew it was not John Wetton.  If we were going to pay for an “original” band, it needed to sound like it. 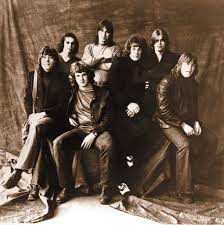 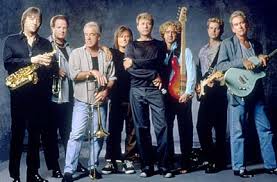 This band has seen numerous changes over the years, including the tragic death of guitarist Terry Kath.  But it really was not until one of the voices of Chicago, Peter Cetera chose to pursue a solo career, that the band had to look for the “sound” to replace Cetera.  And they found it in Jason Scheff.  With a similar sound to Cetera, joining relative newcomer Bill Champlain, Chicago was good for many more years.  In the late 2000’s however, Champlain has been replaced, but the band is still putting out the Chicago sound that has existed for nearly 50 years.  And yes, some of those band members are now approaching 70 years old. 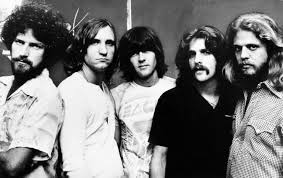 Pretty much, the line up has been the same.  No one has filled in for anybody.  Sure, they have broken up, left, come back, but at least when you attend an Eagles concert, you know you are getting either Henley, Frey, Schmidt, or Walsh. 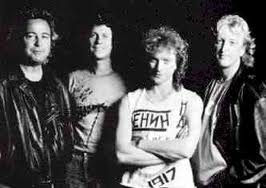 This is a strange situation.  The band started off fairly large.  Then by their 4th album, ironically, they ended up down to just four members.  But health issues would force the “voice” of Foreigner to take leave.  Other lead singers tried to replace Lou Graham, but no one could sound like Graham, and Foreigner struggled.  That is until Kelly Hanson joined the band.  Now to be fair, currently the only original member of Foreigner is founder Mick Jones.  And for this reason, I have no problem with the band being called Foreigner.  With Hanson’s voice, and the instruments sounding like Foreigner, it is Foreigner. 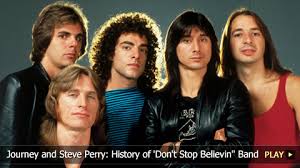 Everybody knows Journey.  But when Steve Perry left, no one ever gave Journey a second chance.  Perry’s voice was so unique.  Even finding a singer with somewhat of a similar voice, ironically names Steve Oteri, there was no sound like the old Journey.  Until the band discovered Phillipino Arnel Pineta, and they have been going strong ever since with original members Neil Schon, Ross Valory, and of course, Jonathan Cain.  Yes, they still get to call themselves Journey.  And continue to put out new music. 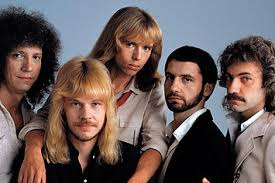 Another one of my favorite bands, this band has had its share of tragedy as well.  After frontman Dennis DeYoung split for whatever reason you want to believe, the original drummer of Styx died.  But just as other bands have successfully done, they found the right musicians and the right “voice” to make up for the losses. 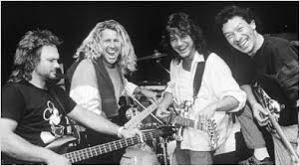 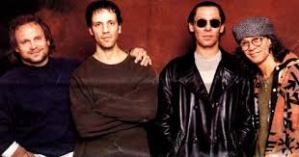 This is one of the stranger histories.  Lead singer David Lee Roth.  Lead singer Sammy Hagar.  And if you want to count former lead singer of Extreme Gary Cherone.  Then back to lead singer Roth, minus bass player Michael Anthony replaced by Wolfgang Van Halen.  Ugh.  For me, the only lineup I did not care for, was with Cherone (though I do like him in Extreme).

But the bottom line for me has always been, put out great music.  Perform good music.  And as long as you have at least an original founding member in the band, you may still use its name.  And if you need a vocalist that sounds like your history, I am okay with that as long as you are not lip syncing, and you actually sound like the band.

There are a lot more bands that I like that have gone through this process… Heart, Def Leppard, .38 Special, and more.  Is it better to be like Led Zepplin or the Beatles and to say, “not all of the original members, you don’t get to be that band anymore?”  Perhaps.  But then again, reincarnations of popular bands, even as either entirely new entities, or supergroups, have not been as successful as the bands I mentioned above.