Before It’s Too Late

If there is one lesson that I learned from my late father, it would go along with the expression, “don’t go to bed angry.”

On a December evening, just days before Christmas, my father and stepmother were having a discussion, okay, maybe more of an argument, I believe over auto insurance.  I do not know all of the details of the conversation, but it clearly was not something that was going to end in the next few minutes.  They were pressed for time, with some last minute Christmas shopping.  So with frustrations built up inside, both of them got ready to do that shopping.  My father crossed the very busy street alone, started up the car, and waited for my stepmother to leave the house.

She never made it to the car.  And my father witnessed it all happen.  And for the nearly two decades that followed, my father carried guilt with him of that night, the rest of his life.

Many church-goers have it easy.  Go to church, confess your sins, ask for forgiveness, and move on.  All is good.

Not so for my father.  Already carrying major amounts of guilt for other things in his life, he would never get the chance to make things right with his wife.  She would survive the accident, but there were so many things that my father would never give himself the opportunity to forgive himself for.

He felt that if he would have crossed the street with her as he normally did, he could have prevented the accident.

But worse, with no memory of the accident, and never being able to fully recover from the accident, he would never get the chance to say he was sorry to her, and to have her understand what he was saying to her and why.  My father carried this guilt to his grave almost two decades later.

And so, it is during this time, that I too learned the hard way, never go to bed angry at someone.  You never know if you will ever get the chance to make things right. 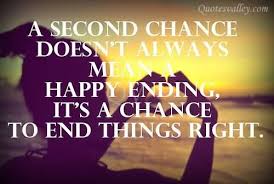 And I wrote it, in the post “My Dad Was Just Like Me” just the other day.

It was a comment that was made to me though after this story came out, that had a strange effect on me.  I generally do not reflect for too long on the things I write, as I am always trying to go on to another post.  But a gentleman said to me, “thank you for your story.”  I responded, “your welcome.  I am glad you enjoyed it.”

The man said, “no, you do not understand.  I have been battling prostate cancer for six years, and it has gotten worse every year, and today I got news that it could not get any worse.”  Again, I offered, “I’m so sorry to hear that.”

He continued, “That’s okay, I expected that this time would come.  But I have to tell my children (adults) of the latest news and I don’t have the best relationship with my son.  Your story put that into perspective for me.  And I want to thank you.”

I gave the man a hug.  It is all I could do.  And I hope that he gets that chance to mend the hurt between he and his son.  I sat for the next ten minutes thinking about this conversation, and where I would be, had things not turned out like they did for my father and I.  And I don’t have to find out either.

One thought on “Before It’s Too Late”