A Fatal Flaw To Possess 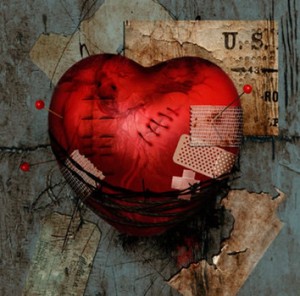 You know the type of person… works all day, often without taking breaks. He will work until the job is complete.  She comes home exhausted just to take care of the home tasks, and hopefully will get some rest before the cycle repeats on the next day.  The work ethic is extraordinary, and usually commended by everyone.  We call that person dedicated, committed.  And because that person recognizes the admiration, the drive to continue the lifestyle grows.

A sense of immortality develops.  Nothing can happen, not because it will not, but because there is not time for it to happen.  When one task is completed, it just means the next task needs to be done.  These types of people are often referred to as “blue collar” workers because they know their livelihood depends on their completed work.  There is no safety net.  Their world cannot exist if they do not have this working characteristic.

I used to have that personality.  I was third generation in fact.  That is, until April 15, 2008.  Up until that date, I was working 50-60 hours a week at my full time job, all the while operating a very successful disc jockey business doing 3 to 4 gigs on a weekend.  I had to work like this to support my family.  The economy had already begun its decline, and like many families, we had financial issues.  My daughters’ pleas that they rarely got to see me at all because of my schedule fell on deaf ears.  I did what I had to.

I had so many people counting on me, my family, co-workers, and clients.  None could do without me, and so, I put my body’s limits to the extreme, and I was successful at it.  I had to be.  Failure to do so was unacceptable.

On that date in April, I had been sent to a cardiologist to deal with a chronic symptom that had existed for four months, a tightness in my chest.  It was a temporary thing, only lasted about thirty seconds to a minute at the beginning of a strenuous activity (which was pretty much what I did for a living).  The doctor came into the exam room, and informed me that I had some sort of blockage, but routinely said that he could fix me up with a stint or two, simply going through a catheterization up through my groin, and I would be up and going in days.

Thirty-six hours later I was on an operating table having emergency heart surgery for something nicknamed a “widowmaker”.  My mentality of working was so bad, that even as I came to in the ICU, tubes coming out from various locations of my chest, neck, and mouth, I was worried about only one thing… I had a wedding to disc jockey for in three days.  I was in a 24-hour watch period, most critical for open heart patients, but I was worried about my client and my business.  They could not do without me.

I was able to gain the attention of someone in the room, and they came over to the bed.  They could tell that I wanted to talk, and knew that I could not, so they did their best to keep me calm and coerce me not to speak all without getting upset.  But I needed to tell them something.  I grabbed her wrist, she looked me right in the eyes, and then I turned my eyes to our hands, which I now released and “pointed” with my finger towards the bed, and immediately began to spell out letters.

She knew I wanted to communicate something.  She asked me to wait, to allow her time to grab something to write with, and then I began to spell out letters with the motion of my fingers on the bed.

And then, I proceeded to write out the actual numbers of my client’s phone number, yes, from memory.

My client was contacted and fortunately had enough time to find someone else.  They were also very understanding as to the situation.  But as admirable a quality it is to have, to be dedicated to your work or business, in my case, and like in so many others, it can be a fatal flaw.  My cardiologist told me, it was not a question of if I would die from a fatal heart attack caused by this particular blockage, but when.  It was bad enough that I waited four months to be seen by a doctor, all because everyone “needed” me and could not do without me.

The ultimate price of this thinking would have been my life, and the grief my daughters and family and friends would have to endure.

I thought that this incident would have changed my thinking, and initially it had.  I eventually phased out my DJ business, and reduced my overtime worked.  But in 2012, as our financial resources once again struggled, my “ethic” returned, and on three more occasions, I ended up back in the hospital emergency room, with two more life threatening issues, and one that was of great concern (another heart episode).

Never again.  Read my words.  I will never allow my body to be pushed again to these limits where my immune system ends up so depressed, that my heart is stressed beyond its already compromised condition, that my prematurely aged body will be expected to do things it should not, and cannot do.

I love my daughters too much to have them become fatherless.  Nothing, NOTHING is worth it.

2 thoughts on “A Fatal Flaw To Possess”