More Than Just A Good Player

I must state for objectivity reasons, a conflict of interest that I have in this post.  I am a die-hard Seattle Seahawk fan.  And I have always been so, since the Seahawks drafted Curt Warner (the running back, not the quarterback), in the 1980’s.  I have put in many sufferable a season with less than spectacular football seasons, with rare playoff appearances.  That changed in the new millennium, and a reward for my dedication, and not being a band-wagon jumper, my team is now a regular contender for the championship.  As a team, they are great.  They are also quite young, and this should bode well for many seasons.

But as the saying goes, “a chain is only as strong as its weakest link.”  When I refer to a weak link on this team, I am not making reference to performance on the field.  This team still plays with all its heart weak after weak.  But earlier this season, the Seahawks let a player go, who was clearly quite divisive to the team where it mattered most, on the field.  While I hated to see Percy Harvin be traded, it was understandable just as many other players who have had selfish issues have had to be dealt with.

The latest controversy however, is one being fanned by news reporters all over, a story that does not exist, so one is being manufactured. 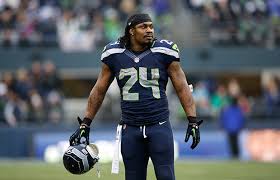 Clearly one of the best running backs in the NFL, and will get the notoriety that many other Seahawk running backs have not been able to garnish because he was part of a Super Bowl Champion team, Marshawn Lynch is under fire because he does not want to talk to reporters following games.

I am not rabid enough of a fan that I need to hear week after week, “did you play hard?”, “how tough was the defense to play against?”, and other questions like that.  I saw the game.  I can see how the game was played, and where the strengths were.  But for someone who is mostly likely exhausted, and just wants to get out of there and go home, there is nothing productive that comes from those interviews.

This past weekend however, after a hard fought game with division title implications, Lynch broke with his usual “silent” stance.  After all, the big, bad NFL had just fined him $50,000 twice for not talking to reporters (I will get to this issue in a second, but right now I want to talk about just how petty this whole non-issue is).  When questioned by reporters about aspects of the game, Lynch responded with one-word answers of “yeah” to the majority of questions.  He turned the annoyance on the reporters.  You can see the interview here:

Now clearly, the reporters are pushing for “injury” status on Lynch, as he remained on the field during half-time due to “soreness.”  Knowing that no coach likes to disclose any injury information before anything certain, Lynch also does have rights not to talk about his health.  And when Lynch tries to talk about his charity work (about one minute into the video clip), the reporters do not take the opportunity to take advantage of a great story.  So I will.

Marshawn Lynch was telling the reporter about a fundraiser that he was involved with, along with NFL great Joe Montana for youth in the Oakland, California area.  Their mission and vision is stated here, from their web site:

Fam 1st Family Foundation is dedicated to uplifting and empowering youth in the Bay Area and throughout the United States. The foundation’s mission is one of empowerment and education, aiming to build self-esteem and academic learning skills in underprivileged youth.

To provide a one stop shop, where the center’s programming will include developing workshops for vulnerable communities to promote literacy, athletic training, financial training, after school tutoring, art programs, vocational training, a media center, law and order program, and much more.

Bridging athleticism with academia will be the framework for serving at-risk youth across diverse populations. Joshua Johnson and Marshawn Lynch will be at the helm of this collaborative effort, to produce the future leaders of tomorrow.”

But of course, no responsible journalist wants to focus on a story like this.  It is not like the stories we saw earlier in the year of NFL players facing charges of domestic abuse which of course were non-football stories that were made headline stories.

And to be fair, Lynch has had his share of run-ins with bad news on and off the field.  He was a “troubling” player when he played for the Buffalo Bills, but the Seahawks gave him a chance to turn his life around.  He had a serious and legal auto accident in 2008 which led to a woman being hurt.  Since then, reporters have been fascinated trying to make stories out of nothing.  One of the big ones, was when Lynch was caught eating the candy “Skittles” on the sideline.  OH MY GOD!!!  How could he?!?  Okay, not since former Seahawk quarterback Rick Mirer was caught eating a hot dog on the sideline, or Philadelphia Eagles drinking pickle juice, had a food made such a controversy.

Is Lynch innocent in the controversy?  No.  Trying to make a point?  Possibly.  Being careful not to say the wrong thing to an opportunistic media that has a history of taking things out of context?  Absolutely.  But worth a story that now editorializes the subliminal encouragement to Seahawks management that it should be seriously a consideration in unloading one of the best running backs in the NFL?  That is completely out of line.

Anyone who has seen Lynch play, knows all too well, just as his teammates know, Lynch gives everything he can on the football field.  Injury free for the most part of his career, who can forget the impossible touchdown run against the New Orleans Saints to eliminate the Super Bowl champions from the playoffs, when Lynch first got his nick name really publicized and well earned, “Beast Mode.”

Yes, his contract with the NFL requires he talks to reporters, whether there is any value or not.  And it was right to fine him, though the amount is excessive.  But the NFL is running a business, and after all the bad publicity the NFL got earlier this year, the will make an example of Lynch.  And if there are internal matters such as Lynch not wanting to attend a celebration of the Super Bowl at the White House, or holding out during training camp, like hundreds of players do over the decades, or whether he was in too much pain to head into the locker room, that is a matter between the Seahawks and Lynch and the media is wrong for making more of this than there is.

Lynch’s teammates stand by their teammate, as well they should.  Together, they will hopefully make another playoff run, and hopefully to the Super Bowl.  I will stay a Seahawk fan, no matter where Lynch plays in 2015, in spite of the media urging the Seahawks to get rid of Lynch.  Yes, he is long in the tooth as far as running backs go, but he still has years ahead of him.

Back off ESPN.  Talk about the good stuff Lynch does.  NFL, you want to improve your thug reputation, urge reporters to ask at least one question pertaining to their philanthropic endeavors and not just the usual “fluff” questions like “how did it feel to take that hit from the defensive back?” or “what was going through your mind as you were crossing the goal line?” 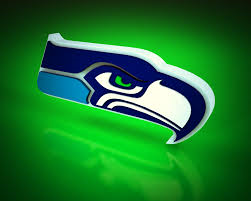