I sure learned a lot more about radiation than I had ever planned on, past my knowledge of Dr. Banner and the Incredible Hulk.  And if you are one of the fortunate, to have never had to deal with “treatment” radiation, the most conversation that you probably have ever heard, came from a grandparent, warning you for standing too close to the television or in front of a microwave while it is running.

On average, the non-cancer person will only be concerned about radiation from the sun, and if healthy, an occasional dental x-ray.

Recently, a fellow cancer patient questioned the safety of having a CT scan done, due to radiation levels previously exposed to, and exposure from the CT scan.  In the world of long term cancer survivorship, where patients like me, were subjected to horrific levels of radiation, doctors prefer us not to be exposed to any more radiation than necessary at this point.

We need to start at the beginning, and fortunately, with science not being one of my strong suits, the explanation is guaranteed to be simple, and from what I have learned and experienced.

Ionized radiation is what is used in medicine (and dental).  In its smallest form, it is measured in “millisieverts.”  For my fellow cancer survivors, they are probably going, “wait, what?  Mine was measured in grays (or rads).”  And they would be correct.  Just hold on a second, don’t get ahead of me.

According to the NIH, recommended exposure to ionized radiation is 20mSv (millisieverts) per year, and 400mSV per lifetime.  Again, I know cancer patients are like… “but…”.  One single dental x-ray produces an exposure of .007mSv.  So, if all you have to worry about is annual dental x-rays, you are pretty safe when it comes to exposure.

Now, if you need a chest x-ray, there is no need to panic either as far as annual limit with an exposure of .1mSv of 20mSv.

Women are regularly recommended to have a mammogram done.  That exposure is .4mSv.  So far, so good, right?

A CT scan, depending on what part of the body that is being scanned, can range between 1 and 10mSv.  A bit more serious, but still, within annual limits if only done once a year, and CT scans are not usually done frequently or repeatedly, especially given the higher exposure.

An exposure of 1000mSv is scientifically proven to potentially lead to cancer in 5% of the people exposed.  This was from a PMC document written by Mayo on the NIH website in 2010, and clearly only makes note to a low dose exposure.  For those of us with higher exposure, the risk is much higher.  Our oncologists even told us so.  The following link has current and more detailed information, also a PMC from the NIH, but from Radiation Oncology Journal written in 2018:

Now, what about the “long term cancer survivor”, those of us treated with radiation back before the turn of the century?  We do not hear of radiation being explained by numbers of “mSv.”  We hear of a term, “gray” or “rad”.  I am not getting any more technical than explaining “rad” means “radiation absorbed dose.”

Personally, I know I was treated cumulatively with a total of 4,000 rads (or 40 grays) of ionized radiation for my Hodgkin’s Lymphoma.  Here comes the mathgeek part, converting rads and grays to mSv.

I am not alone.  I know many other survivors, some with double the amount of exposure.  Some, were treated with even more cruel and extreme manners of radiation, such as cobalt.

Mention our exposure to radiation techs, or even another field in radiation, such as nuclear energy, and you will see looks of horror and often tears.  Because even they are aware, and are prevented even working in these fields from ever reaching that exposure level.  But this, is what led to remission for most of us.

How long does the radiation last?  That is explained using the term “half-life,” the length of time it takes for half of the atoms to disintegrate, in other words, not to have any affect on the body.  Many of the common exposures do not last more than seconds, if not minutes.  And it is way out of my lane to try and figure out the half-life of my exposure.  So, I let a professional do it for me.  He was unwilling to give me an answer. 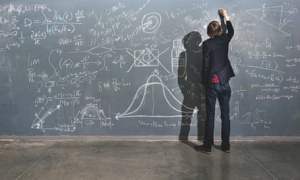 Every year, my employer required us to undergo “radiation training,” mandatory to meet OSHA requirements.  Probably 95% of the room attendees snored through most of it, except for at least this nerd.  I knew there would be questions at the end, and I had one that I wanted to ask.  And I asked it every year, well, because every year, was a different instructor.  So, when the time came,

The look on the instructor’s face was if he had just witnessed me commit a heinous murder.  He responded, “that’s impossible.”

My fun was on now.  You see, I understood, that levels like I was exposed to, were no longer being used.  But the fact is, there are millions of us in the world, who were exposed to this.

“I realize that sir.  But hypothetically, say it was possible to have that exposure, what would the half-life be?”  I had caught the fish, I was reeling it in.

“It’s impossible.  No one would ever be exposed to that.”

“I know, but what if someone would be exposed to that.”

I interrupted, “I was exposed to that.  How long is the half-life of 4,000 rads of ionized radiation?  I was exposed to it in 1990 (ten years earlier).”  I knew the answer.  I just needed to hear it from someone who should know.

And then he said it, “you would never outlive the half-life with that amount.”  Normally, this kind of stunt would be a real buzz-kill moment, but 95% of the room was already asleep, so they missed it.  But the instructor and I knew the truth.

I won’t bother getting into all the late side effects that I have to live with because of this radiation exposure.  I have written about them extensively on “Paul’s Heart.”  My heart, carotids, lungs, hair, and more, all permanently, and progressively continue to grow in concern.  On the plus side, I am not one of the 5% who have developed a secondary cancer (yet), though I did have one close skin cancer false-alarm.  My other health issues are enough to deal with.

What prompted this post, was a simple question on one of the forums I am involved with, “should I be exposed to a CT scan given my radiation history?”  None of my doctors rush to schedule me for any kind of scan or x-ray because of how much I have been through.  But seriously, is a dental or chest x-ray really going to cause any more problems given what I received?

I can empathize with the person who posed the question.  I have several unidentified spots on both my lungs, courtesy from my radiation treatments.  And it is easy to assume, that some day, these may turn cancerous.  But there is only one way to find out other than biopsying all of them, and that is a scan.  The dilemma of my doctors, balancing the risks of more radiation exposure to discovery of an earlier cancer diagnosis.  My father died from lung cancer (though his was smoking).  Catching cancer early makes a difference.  And if me taking an extra 10mSv of radiation to the rest of the 40,000mSv I have already had, I will take my chances if it means catching something earlier.

Still, it is up to the individual to weigh the risk.  Not all of my fellow survivors share my reasoning.  To some, they have had enough, no matter what.

But at least you have a little better, and simpler understanding, especially when it comes to the world of long term cancer survivorship.  We may be here decades after our cancers, but our bodies have been put through hell.  And none of us to my knowledge, have developed superhero strength to save lives and fight crime.  I also do know for a fact, I do not interfere with garage door openers, radios, and televisions.  And I do believe I have a glowing personality.

Fortunately, medicine and science have learned to do more, with less radiation exposure when it comes to treating cancer.