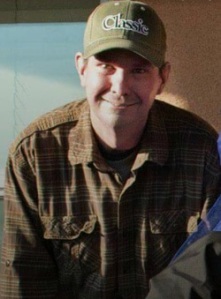 I am sad right now.  My sorrow deepened by yet another long term survivor, recently passing away from a return of the same cancer that led Josh into my life, and other health complications.  But it is because of how he lived his life as a survivor, my sadness is oddly not as intense as is normally the case.

The story goes back just before the turn of the millennium, around late 1997 I think.  I was trying to extend my outreach of cancer support to patients beyond my local efforts.  Long before Facebook, there was a “listserve” for those who had battled Hodgkin’s Disease (us long-termers still refer to the politically incorrect terminology).   A mother on this listserve, was looking for support.  Her son, in his mid-20’s was battling Hodgkin’s.  She signed her posts, “Lynn, mom to Josh”.

The impression that I got from Lynn, that Josh could be very stubborn.  He also gave me the impression that he was very private, so I rarely heard many details from Lynn.  Conversations via email typically  revolved around pending testing, and of course, anniversaries of remission, and spontaneous symptoms.  But I only heard from his mother.

That changed in 2000.  With only one question from Lynn, “why on Earth would you want to visit Bakersfield, California?”, I made plans to do just that.  I was planning a weekend trip to the west coast to see a professional football game and thought I would just drop south into Bakersfield and meet my very first long-distance, long term cancer survivor. 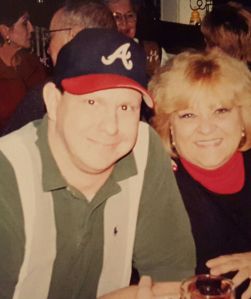 There was no doubt what Josh meant to his mother.  Lynn and I spent countless hours exchanging emails about Josh’s conditions and concerns.  And when I finally arrived in Bakersfield, clearly we knew that we only had a limited amount of time during my visit, and Lynn was going to make it count.

But the visit was not going to be all about cancer.  Not if Josh had any say in it.  Besides the rock band Korn originating from Bakersfield, another popular tourist stop, was Buck Owens Crystal Palace.  Yes, for those of us old enough, the same Buck Owens of the “Hee Haw” country variety television show. 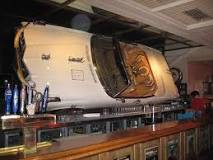 The museum/restaurant was filled with all kinds of merchandise that belonged to Buck Owens.  And for a music history nut like me, I was in a place that ranked among Graceland, the Music Experience, or even the Rock N Roll Hall Of Fame.  We all dined at the palace.  There was not talk about cancer.  We enjoyed a great meal, had a few beers.  And Josh showed me, what I have never been able to do in my life, he lived his life the way that he wanted to do it, following his battle with Hodgkin’s.

When we got back to his house, we had some other minor chit chat, about some of his collections that he kept.  But there was never any discussion about cancer.  This is the way that I knew of, that he wanted it to be.  I would hear about his brothers, but no cancer.  That was how I knew Josh, and from the one and only time that I got to meet and spend time with him.  And yes, Lynn, as hard as it was to believe, I enjoyed my visit to Bakersfield.

His mother Lynn, or as I nicknamed her a long time ago, “mother Lynn”, as I often found myself relying on her as a voice of reason for any number of issues that I may have been dealing with, remain good friends.  Lynn is not the first parent I know, that has faced losing a child.  There is an expression that goes something like “no parent should ever have to bury a child.”

Lynn, my friend, I have no concept of the loss you feel right now.  I can only imagine and try to understand.  But if there is one thing I do know, that you never once, stopped fighting for Josh, even when Josh did not want to fight.  I knew from every conversation that we had, how much you loved not just Josh, but all of your children (and grandchildren).

And following that visit, our circle of survivors would extend even further, all across the country, and the Earth, and perhaps, our meeting may have been the beginning of “Paul’s Heart”.  Our connection showed how important, and needed, contact with other survivors, family, and caregivers was to get through each and every day. 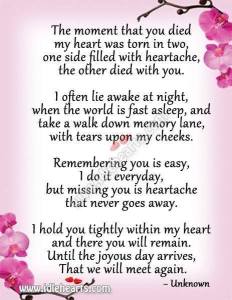 Posted in Cancer, Family and Friends, Inspired By..., Side Effects