At one time, I used to be proud of the fact, that the only time that I missed from work, while being treated for Hodgkin’s Lymphoma, was for the actual treatments themselves.  Think about it.  I got eight months of toxic chemotherapy, and all I missed from work, was the last two hours of the Friday for my treatments, just twice a month, for 8 months.  I spent the entire weekend crashed and vomiting, but showed up for work the following Monday.  During 30 days of radiation therapy, I missed only the first hour of work to attend the treatment.

So it was only natural that once I finished my treatments, I would go full tilt back into my life.  Get back to normal.  Head back to the gym.  The only problem with that for me, is that I tried to pick up right where I left off more than a year and a half earlier.  Of course, injuries occurred.  My body had been put through hell for the last year and a half.  But hey, my only goal was to prove to myself, not only did I beat cancer, I did not let it take my work ethic and ability from me. 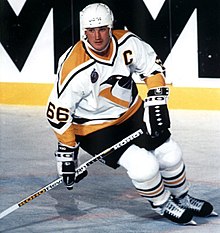 In 1993, the Hockey world was rocked when it discovered that one of the greats to play the game, had been diagnosed with Hodgkin’s Lymphoma.  Of course, by then, I had been in remission for three years.  But given his celebrity status, I was certain that he would be able to afford the best care, and would beat the cancer.  Mario Lemieux made it clear that he would only miss games due to his treatments and would return as soon as they had been done. 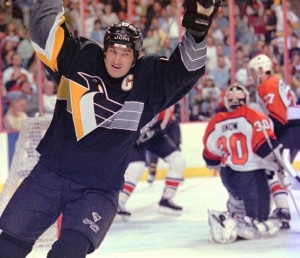 Two months later, Lemieux returned to the game, against the Philadelphia Flyers (my favorite team and rival).  Philly fans are not necessarily known for their class, but rather lack of it (having thrown snowballs at Santa Claus during an Eagles game).  Lemieux got a standing ovation for his return.  And the hockey world was put on notice as he scored a goal and an assist (Flyers got the win, however).

Nothing will drive a cancer patient harder, than the desire to get back to “normal.”  And “normal” is assumed to be what we once used to be able to do before cancer came into our lives.  Much like Lemieux, as soon as my treatments were done, I hit the gym hard, and I mean hard, full tilt.  No, I did not have the strength anymore that I once did, but I had to start losing the fifty plus pounds I gained on chemotherapy (yes, it is possible to actually gain weight on chemo… prednisone… that’ll do it).  Like Lemieux, I ignored the risks of injury because of my weakened body.  Like Lemieux, I got through my rehab phase without injury.

But as I mentioned, I also continued to work not just through my treatments, but of course continued even stronger with my work ethic after I completed treatment.

Chemo and radiation treatments also wear down the immune system.  So remaining at work, or returning too soon, can leave you susceptible to others who come to work ill with common maladies such as a cold, the flu, pink eye, strep, chicken pox and so on. 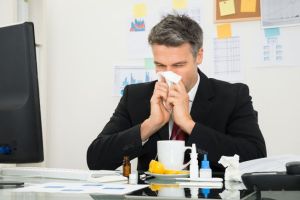 But the physical part of the decision to either continue to work or return to the work force is only one factor to consider.  There is the emotional, or mental part that needs to be considered.  Your emotional state of mind will also play a role in the physical world.  You will not only deal with your own emotions, but the emotions of your co-workers, and this can have a profound affect on you.  Because if you have anything less than a supportive co-worker, those frustrations will be taken out on you, and you have enough on your plate without having to deal with someone else.

My attitude has always been, “your body has been through Hell.  Give it the break it not only needs, but deserves.”