The Eye Of Hurricane Hodgkin’s

Many cancer patients say, “I don’t want cancer to define me.” Throughout my survival of Hodgkin’s Lymphoma for twenty-eight years, I’ve dealt with multiple health issues due to late effects from chemotherapy and radiation, which would lead me to echo those sentiments of other survivors. Over the years, I’ve found myself challenged by crisis after crisis, which has convinced me that perhaps defining myself by my fight with cancer might be a good thing.

Looking back at incidents I’ve had to deal with, I must give myself credit for how I fought my battle with Hodgkin’s from diagnosis, managing the treatments, and then living my life after Hodgkin’s Lymphoma. Each of the events shared everything in common: concerns of fear and uncertainty; staging the prediction and declaration of the issue, planning a goal of completion, following a process regardless of length of time, reflecting on what happened, and then moving on. This was not just the case with my own fight with cancer and issues from late side effects, but my wife’s auto accident, my divorce, and my father’s death from lung cancer, all were staged in the same manner.

At the end of August 2017, forecasters confirmed a major hurricane would hit the United States, Irma. The storm took her time travelling. Predicting landfall or the direction of its path was implausible. It was two days before Irma was to hit south Florida that there was even a “ballpark” idea where she would land.

For those of us unable to evacuate, we needed to purchase gas, food, and secure our homes. Gas lines were long. Grocery store shelves emptied as quickly as they were stocked. Storm shutters and gates were utilized. We prepared for a worst-case scenario in southern Florida. Just as I braced for my fight against cancer, I focused on my provisions to get through this life-threatening event. 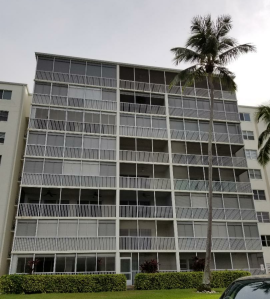 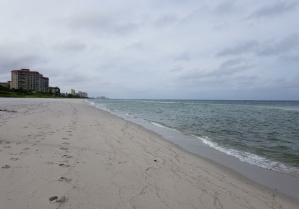 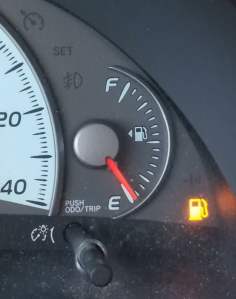 I’d done all that I could. Plenty of non-perishable food reminded me of my college-day menus of canned ravioli, lots of potato chips, and cookies. I had a radio so as long as stations kept operating, I’d be able to hear what was happening around me. Most importantly, I’d know when the storm had passed.

The final thing to take care of, was talking to my mother and my daughters. I told them I’d be fine and I would contact them as soon as the storm was over.

Early morning of September 10th, the power was gone. But my battery operated radio was working. The news wasn’t good. I was going to experience a direct hit from the eye of a category 4 hurricane. As the day went on, I could hear the winds pick up, with an occasional thump against the rattling shutters as objects like coconuts and loose trash cans picked up by the winds hurled through the air. The broadcasters warned how serious the situation would become as the eye approached. The weather anchors acknowledged that curiosity often leads people outside to experience the eerie calmness that occurs once the eye of the hurricane sits directly overhead. The danger of this situation required the necessity to remain indoors.

But like many others, once I heard the winds die down, and knew the eye of the hurricane spun overhead, I ventured outside. Of course the broadcasters knew this would happen, in spite of their warning. Considerate enough to accept our stupidities, the voices from the radio warned listeners that time would be limited between five to fifteen minutes before the winds would return, and they did so in dramatic, instant, and severe speed.

I was on the other side of the eye wall. I just had to wait for the rest of Irma to pass. Just as it felt to be at the half-way point of my cancer treatments, survival was certain, the worst was over.

The next morning, storm over, I went outside. The destruction was immediately noticeable with debris strewn all over. I got in my car and drove. Many homes and businesses appeared to be spared. The devastation of wildlife made it impossible to recognize the beauty that once had been. 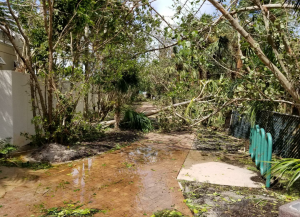 A weak wifi signal allowed me to send a message to my teenage daughters, “I’m okay.” Their response… “K.”

We were without electricity for several days. It was two weeks before we’d begin to feel “normal.”

And so, just like the first moment of every other traumatic event requiring survivorship, recovery was going to take day to day. I can honestly say this is something I learned as a twenty-two-year-old cancer patient. I’ve survived each and every crisis in my life the exact same way.

Maybe it’s a good thing my cancer has defined who I am. I know this is how I get through the challenges I face in life… every time. 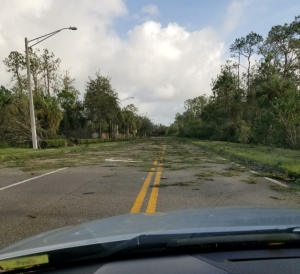